3.4 The silence of the Soviets

As detailed in Chapter 1, the Soviets attempted to land a cosmonaut on the Moon ahead of the Americans. The two superpowers’ standing in the world was at stake and a show of technological prowess would send a clear message to non-aligned countries that the Soviet Union was a powerful, modern and determined state that it would be wise to have as an ally. But the costly Russian attempt failed catastrophically and was kept secret. The Soviet government pretended that it had never tried to set foot on the Moon.

Therefore, if the Soviet Union had discovered that the American Moon landings had been faked – something which it was well equipped to do, through both radio eavesdropping and espionage – it would have had excellent reasons to reveal any American trickery and thus publicly humiliate its rival and enemy, providing irrefutable evidence, as it had during the U-2 incident in 1960.*


* As mentioned in Chapter 1.3, when the CIA realized that it had lost one of its secret U-2 spy planes over the Soviet Union, NASA released a cover story claiming that it was one of its weather research aircraft that had gone off course due to a malfunction, but the Soviets (who had shot the plane down) later presented the unmistakable military reconnaissance equipment found among the wreckage and revealed that they had captured the pilot, Francis Gary Powers. This led to a devastating political and diplomatic humiliation for US president Eisenhower, and nobody questioned the Soviet revelations.


But the Soviet government didn’t dispute the landings. On the contrary, in an unprecedented gesture, Soviet state television announced Apollo 11’s Moon landing and even broadcast excerpts from the mission’s moonwalk. The Soviet state newspaper, Pravda, mentioned the moon landing on its front page on July 21, 1979. Soviet state-controlled media covered the mission extensively.

When the crew returned to Earth, Moscow Radio began its evening newscast by reporting that “the courageous astronauts, Armstrong, Aldrin and Collins are again on our planet”.

Soviet head of state Nikolai Podgorny wired US president Nixon after the Apollo 11 splashdown: “Please convey our congratulations and best wishes to the courageous space pilots.”

Many countries of the Soviet bloc issued stamps celebrating the Apollo 11 mission. 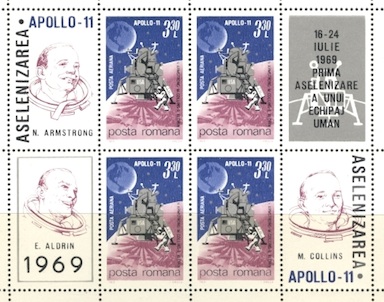 Figure 3.4-1. A Romanian stamp series describes Apollo 11 as the “first Moon landing of a human crew”. 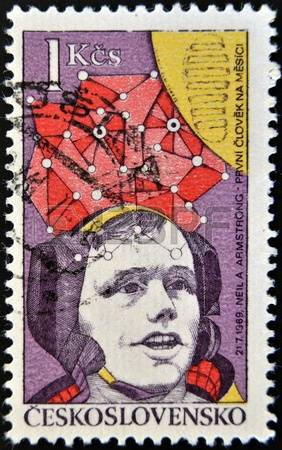 
The Great Soviet Encyclopedia, published in 1970, dedicated two pages to the Apollo flights and half a column to Neil Armstrong’s biography.

After the collapse of the Soviet Union, several key figures of the country’s space program, such as designers Vasily Mishin and Boris Chertok, wrote books explaining the reasons for the failure of Soviet crewed lunar efforts and commended the success of the American missions that put astronauts on the Moon. 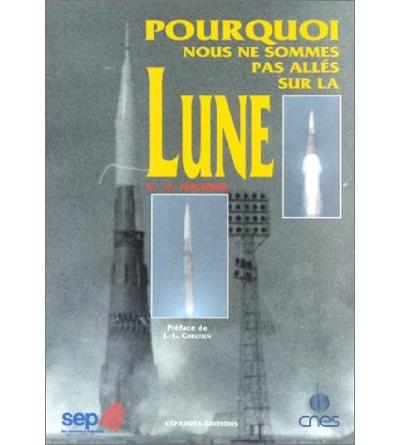 Figure 3.4-3. The front cover of the French edition of Vasily Mishin’s book on the failure of the Soviet lunar program, entitled Why we didn’t go to the Moon (1993).

NEXT: 3.5 Voices from the Moon