A very good example of how all this technical material can be examined, verified and checked for consistency, even in unexpected ways, is the research conducted in 2009 by an Italian physicist, Luca Girlanda, and by the students of two high schools in his country.*

They downloaded from NASA’s website the recordings of the radio communications of the Apollo missions from the Moon and noticed that the transmissions included an echo of the voices of Mission Control on Earth. The echo was caused by the fact that the radio signal from Earth reached the astronauts’ headsets and was picked up by their microphones, so it was retransmitted back to Earth. 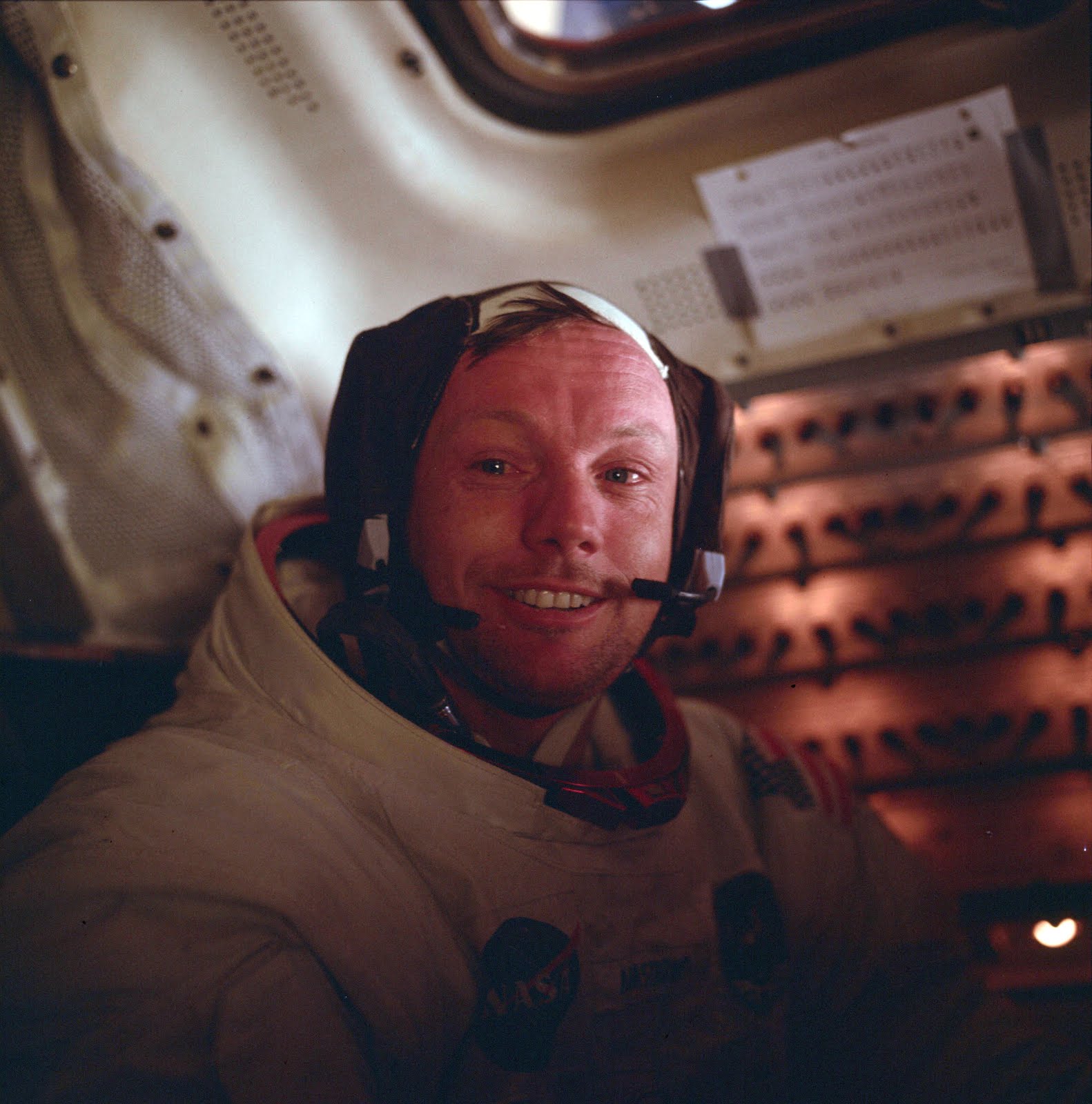 Figure 3.2-1. Neil Armstrong in the LM, tired but clearly pleased after mankind’s first moonwalk. Note the twin microphones close to his mouth. Photograph AS11-37-5528.


The students timed this round trip, which occurred at the speed of light: about 2.6 seconds for the Apollo 11 transmissions from the Moon. They also took into account the variations caused by Earth’s rotation and by the fact that the transmitter and the receiver were not located in the geometric center of the respective celestial bodies. Then they calculated that this delay implied an Earth-Moon distance of approximately 393,000 kilometers (245,000 miles).

However, the Moon’s distance from the Earth changes in the course of its monthly orbit around our planet from 363,100 to 405,700 kilometers (225,600 to 252,100 miles). That’s quite a large variation, which causes the round-trip radio delay to also vary between 2.4 and 2.7 seconds. So what was the exact Earth-Moon distance on July 20, 1969? Astronomers can compute the answer: 393,300 kilometers (244,400 miles). In other words, the radio delay that has remained dormant for decades in NASA’s recordings is exactly what it should be.

A Moon hoax believer might object that introducing a fixed delay in the radio recordings would have been fairly easy. But there’s more. The same high-school students also checked the radio communications of later missions, such as Apollo 17, which remained on the Moon for longer periods, and found that in NASA’s original recordings the delay is variable and matches exactly the variations of the Earth-Moon distance during that period. That’s the kind of minute detail that any hypothetical fakery would have to take into account and get right.

NEXT: 3.3 An impossibly airtight conspiracy