Shortly before contact with the Earth’s atmosphere, the Service Module, too, was jettisoned. Of the 111-meter (363-foot) behemoth that had left Earth a few days earlier, only the small conical Command Module remained. It hurtled into the Earth’s atmosphere at about 38,000 km/h (23,600 mph) with no braking rockets.

Air resistance slowed the spacecraft but also generated tremendous heat. Its heat shield had to cope with temperatures up to 2,700°C (5,000°F), and reentry had to occur at a very precise angle, between 5.5 and 7.5 degrees.

If the reentry angle was too shallow, the CM would slice through the thin upper layers of the atmosphere without losing enough speed and would end up in space again, with no chance of safe return. An excessively steep angle would overload the heat shield, turning the spacecraft and its occupants into a deadly fireball. 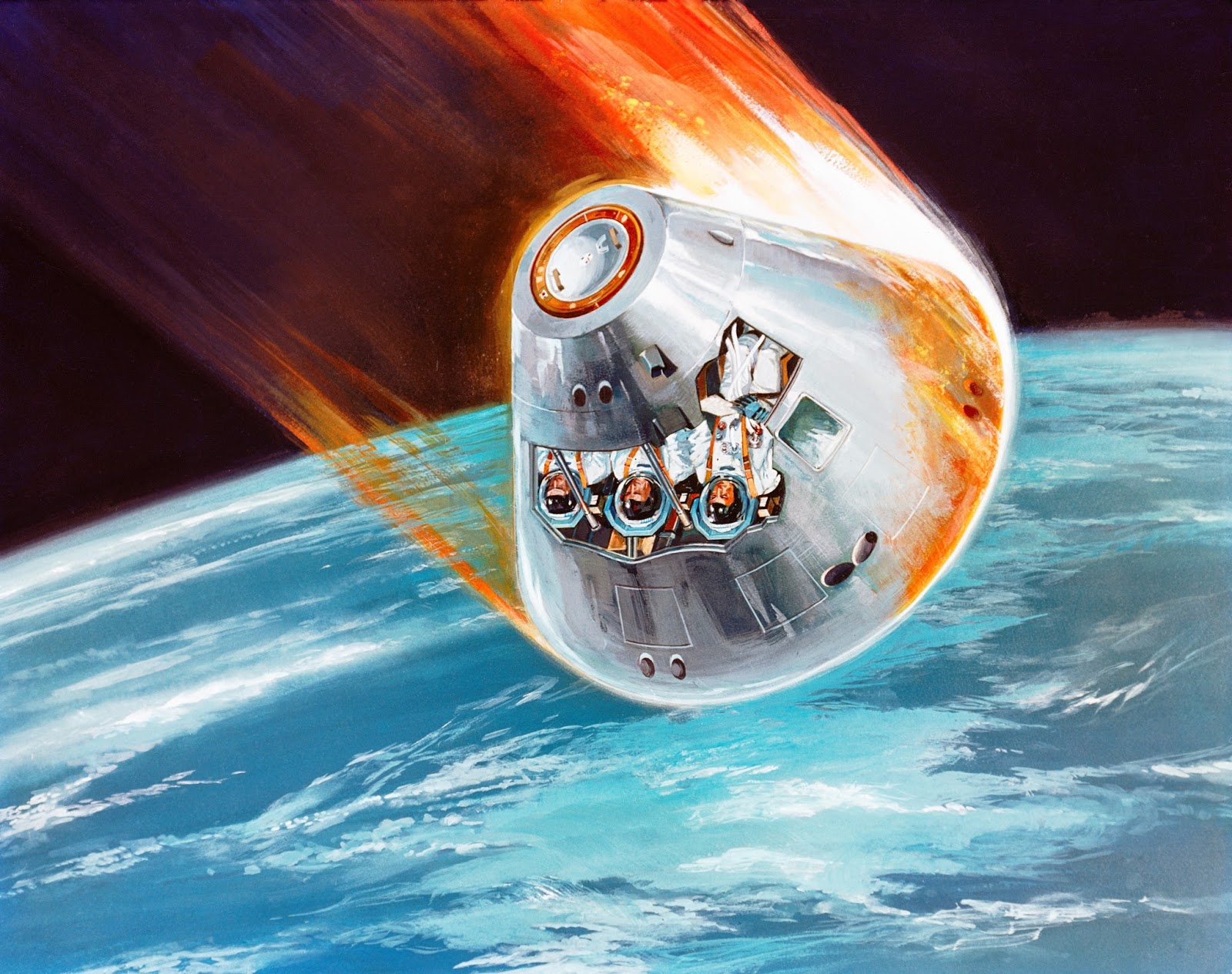 
The astronauts also had to deal with violent deceleration (up to 7 g, which is equivalent to having seven times one’s own weight). The heat of high-speed reentry also produced a wall of ionized air, which blocked radio communications. The people in Mission Control, who had guided and supported the entire flight with their vast technical skills and resources, had no way to know the outcome of reentry until the spacecraft slowed sufficiently to resume radio contact. Small drogue parachutes opened at an altitude of 7,000 meters (23,000 feet), followed by the main chutes at 3,000 meters (10,000 feet).

The Apollo capsule splashed down in the Pacific Ocean, where it was reached by a recovery helicopter, which hoisted up the astronauts on a winch with the aid of frogmen and then flew the returning spacefarers to a nearby aircraft carrier. Another chopper later recovered the spacecraft and its precious science cargo. 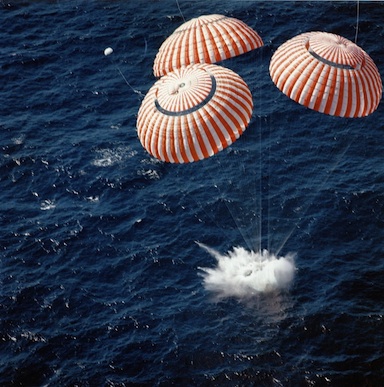 
At the end of the early Moon landing missions, the astronauts donned airtight suits when they exited the Apollo spacecraft and were then quarantined in sealed quarters to guard against the remote chance of Moon germs. From Apollo 15 onwards, this precaution was dropped and the astronauts were free to join the celebrations for their safe return from a fantastic voyage. 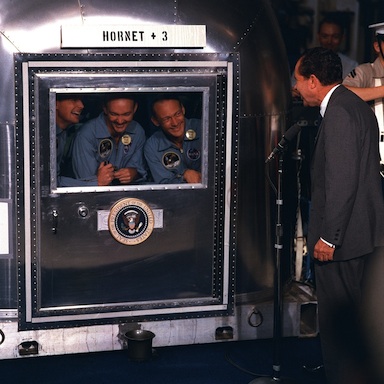 Figure 2.4-3. Armstrong, Collins and Aldrin with US President Richard Nixon during the astronauts’ quarantine.