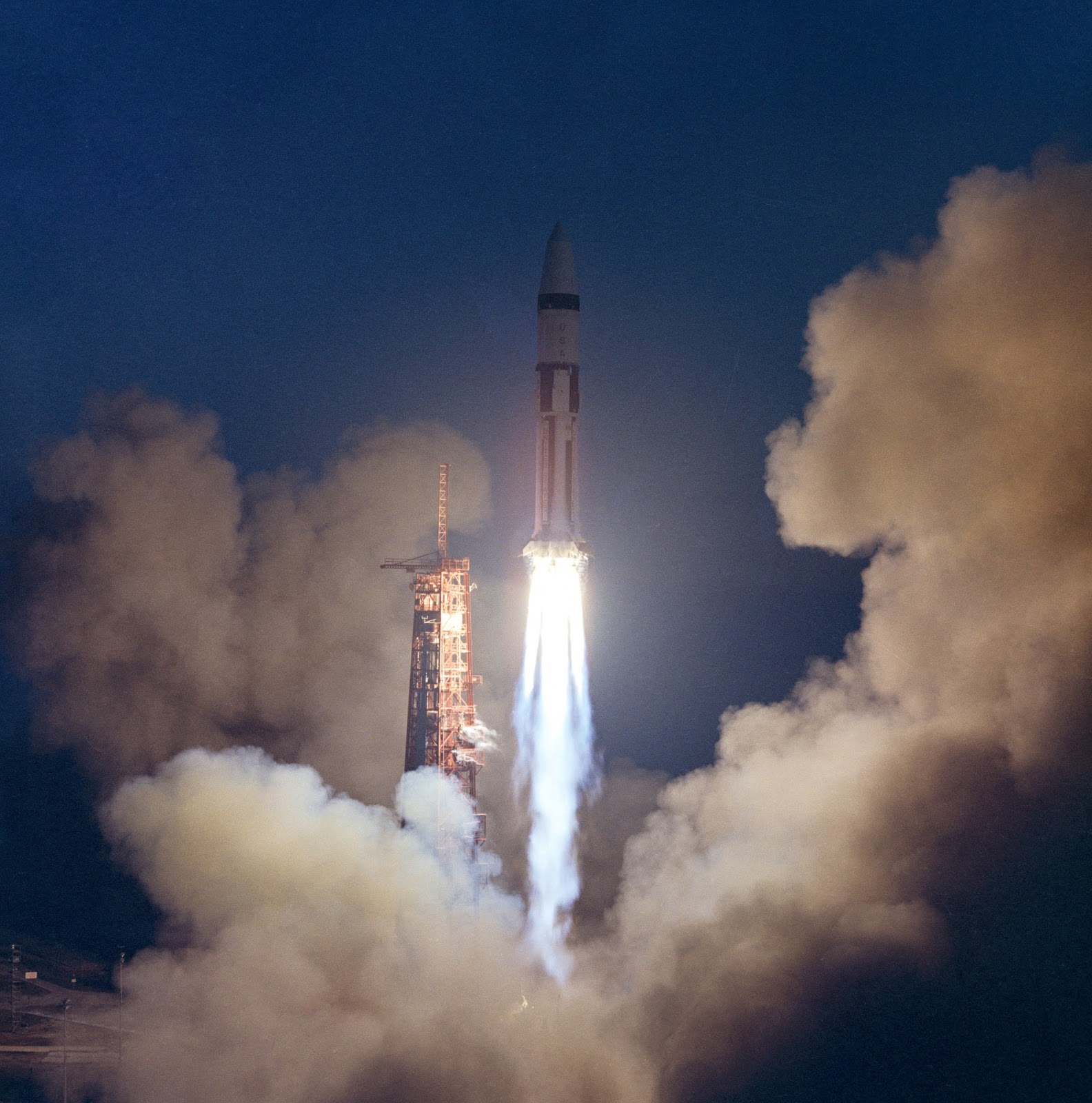 LM: present, but legs were not installed.

Number of photographs taken: none.

Notes: The primary goal of this mission was to test in Earth orbit the Lunar Module and the Instrument Unit in the configuration that would be used for the Saturn V. The LM was legless because the legs weren’t ready. The Saturn IB launcher from the Apollo 1 mission was reused.

This flight verified that the LM was able to adjust the thrust and orientation of the descent engine and to separate the descent stage from the ascent stage even in the extreme case of an abort during descent to the Moon.

The LM used for this flight suffered from many problems and delays. During a test on another LM being built, the windows had exploded due to the internal pressure, so this mission flew with aluminum panels to close the window openings.

The LM control software shut down the engine earlier than required and ground control had to intervene manually, but the flight was nonetheless considered a success.