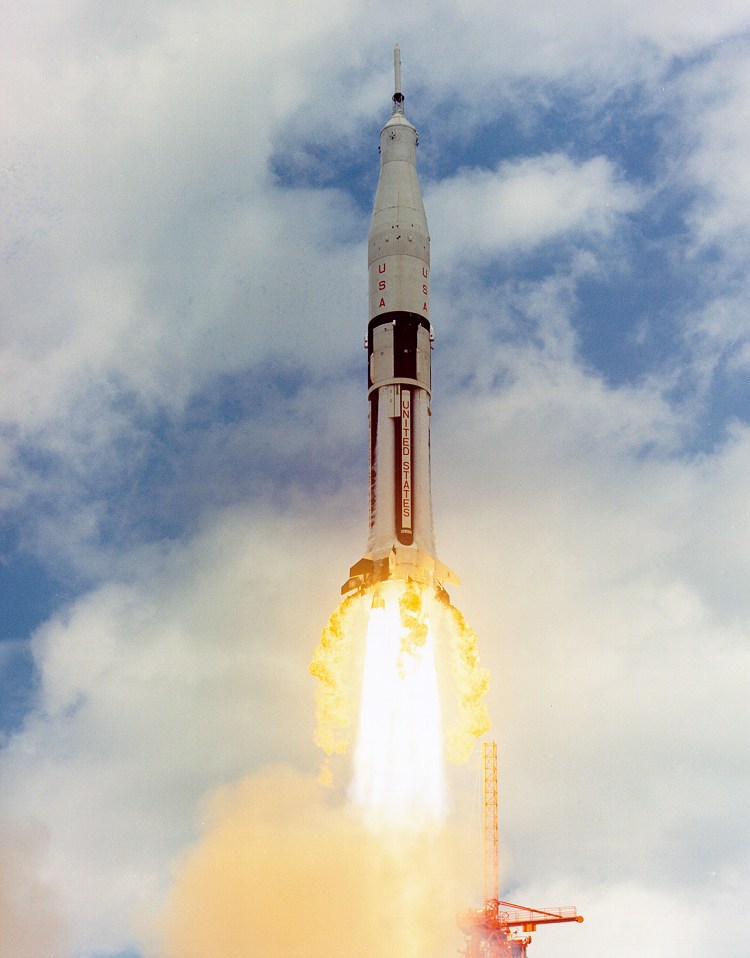 Notes: The main goals of this mission were testing the heat shield of the command module and performing structural qualification of the Saturn IB for carrying astronauts. Fuel cells were used for the first time as onboard power supply.

The command and service modules reached a maximum altitude of 1,144 kilometers (711 miles) along its suborbital path. The engine of the service module was started several times to demonstrate its restarting capability, which was essential for the maneuvers planned for flights to the Moon.

Reentry followed the intended trajectory, which made the Apollo command module “bounce” off the atmosphere, gaining altitude before final descent. This maneuver produced a double impact with the atmosphere and therefore generated a double peak in the heating of the heat shield which was very similar to the peak that would occur during crew return from the Moon. External temperature was estimated at 1,482 °C (2,700 °F); cabin temperature was 21 °C (70 °F).