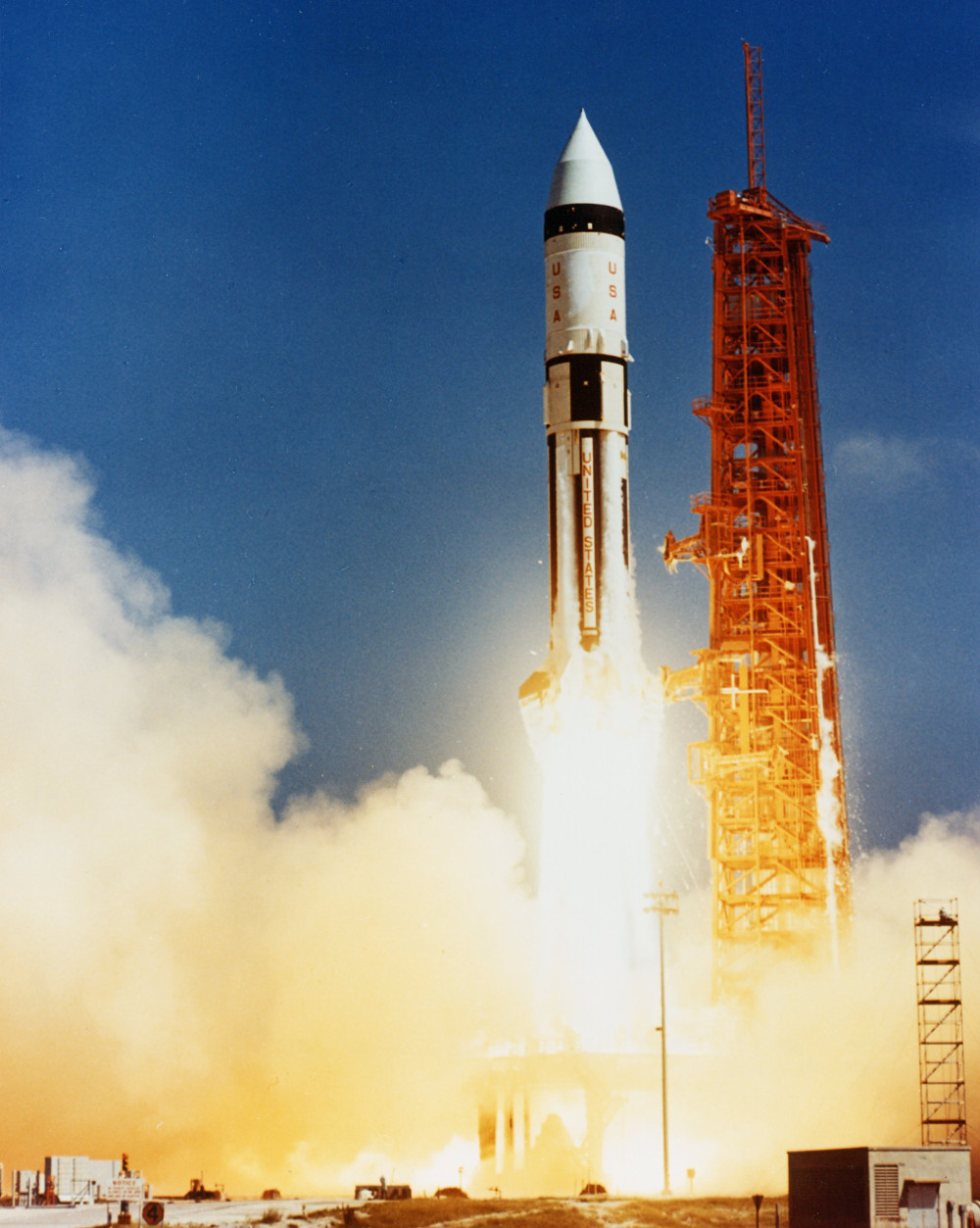 CM and LM call signs: none (no CM or LM present).

Number of photographs taken: none. Automatic onboard TV and movie cameras recorded the behavior of the hydrogen in the fuel tanks.

Notes: This flight was numerically out of sequence because it was scheduled initially as the third launch of the Saturn IB booster but was moved up due to delays in preparing the second scheduled flight.

AS-203 tested the behavior of the Instrument Unit and of the S-IVB stage, particularly of its fuel settling systems, in weightless conditions. It was also the first orbital flight of an S-IVB. The Apollo spacecraft was replaced with an aerodynamic fairing.

The system that provided continuous venting of the liquid hydrogen of the S-IVB was found to generate a modest but constant thrust that was sufficient, as expected, to settle the hydrogen in the tanks, preventing any weightless sloshing of the fuel, which would have prevented the stable supply of fuel to the engine. This was a key requirement in order to allow restarting of the J-2 engine of the S-IVB stage during a trip to the Moon.