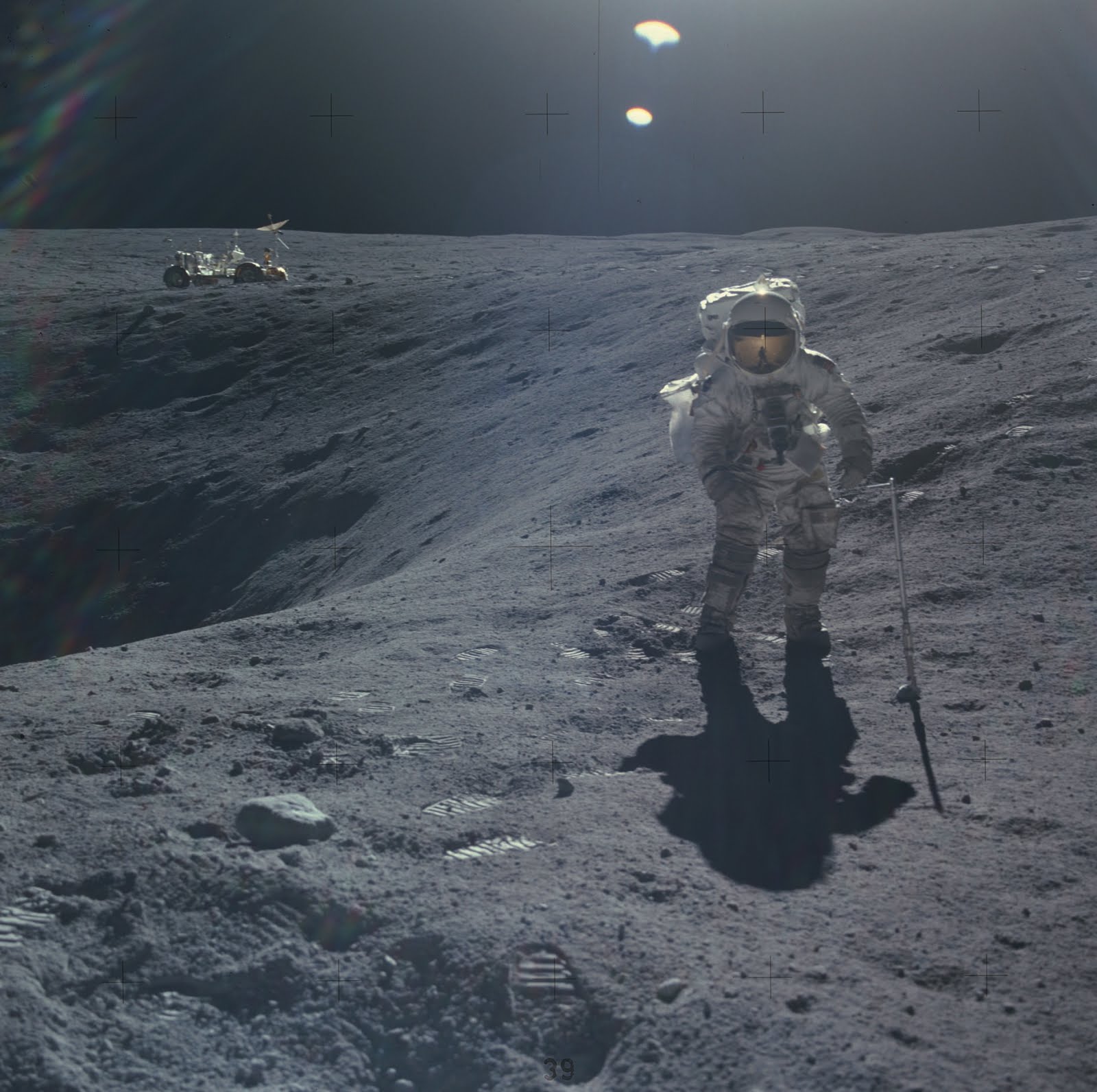 Number of photographs taken: 2,801, of which 1,787 on the Moon. Color TV transmissions were made (including the liftoff of the LM from the Moon) and color movie footage was also shot.

Notes: Young and Duke were the first astronauts to explore the highlands of the Moon. They spent a total of 20 hours on the Moon outside the LM and traveled for 26.7 km (16.6 miles) on the Rover, reaching a maximum distance of 4.6 km (2.8 miles) from their spacecraft. Young set the land speed record with the Rover, at 17.1 km/h (10.6 mph). Duke became the youngest moonwalker (he was 36). Apollo 16 had the highest elevation of the Sun above the horizon (48.7°).

During the first of their three moonwalks, the Apollo 16 astronauts collected the heaviest single sample, which weighed 11 kg (24 lb) and was named Big Muley in honor of Bill Muehlberger, director of geology operations for this mission. A photographic spectrograph/telescope, sensitive to far ultraviolet radiation, which on Earth is mostly blocked by the atmosphere, was used for the first time.

Mattingly, during the return trip, performed an hour-long spacewalk approximately 310,000 km (192,000 miles) from Earth while Duke leaned out of the Command Module hatch to help him. Mattingly’s wedding ring, lost in the cabin a few day earlier, started to float out of the hatch, but Duke managed to catch it before it became lost in space.