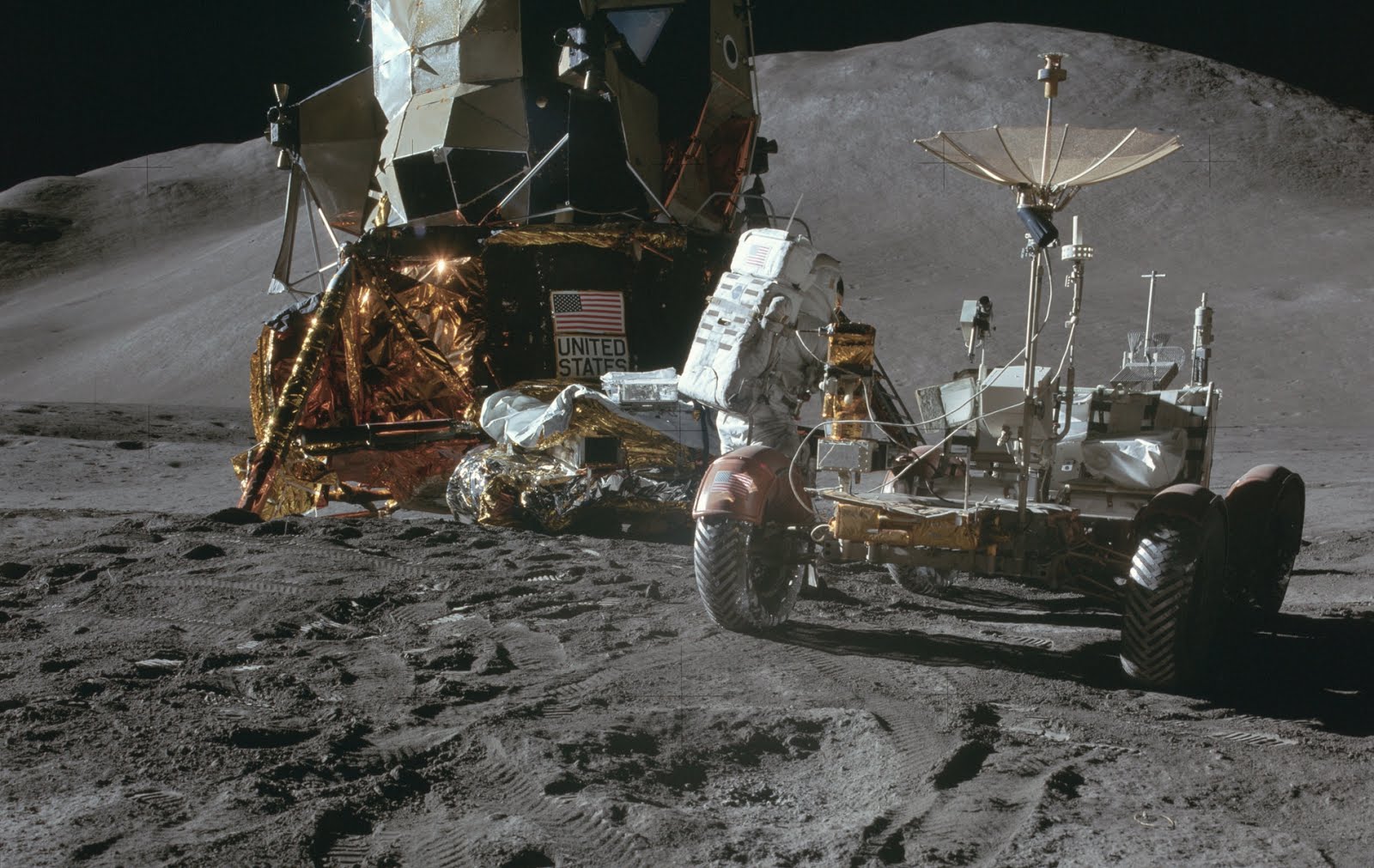 Number of moonwalks: 3 (6 h 32 m; 7 h 12 m; 4 h 49 m) plus a stand-up EVA: Scott, wearing his spacesuit, stood up through the LM’s top docking hatch and scanned the surrounding area visually and photographically for 33 minutes.

Number of photographs taken: 2,640, of which 1,151 on the Moon. Color TV transmissions were made (including the liftoff of the LM from the Moon) and color movie footage was also shot.

Notes: This flight included the first use of the Rover lunar car, which allowed a far greater exploration range of up to 5 kilometers (3.1 miles) and made Scott the first car driver on another celestial object. Scott and Irwin were the first moonwalkers to perform three excursions and sleep on the Moon without wearing their spacesuits, which were improved and less rigid. They collected the Genesis Rock, one of the oldest Moon rocks returned to Earth, over 4 billion years old.

Worden launched a science subsatellite from the Service Module in lunar orbit. During the return trip, he performed the first deep-space spacewalk to recover the film canisters of the automatic mapping cameras.

During the third moonwalk, Scott dropped simultaneously a feather and a hammer to confirm Galileo’s theory that different bodies fell at the same rate in a vacuum. He also secretly placed on the Moon a small sculpture, the Fallen Astronaut, to honor the Russian and American space travelers whose deaths were publicly known at the time.