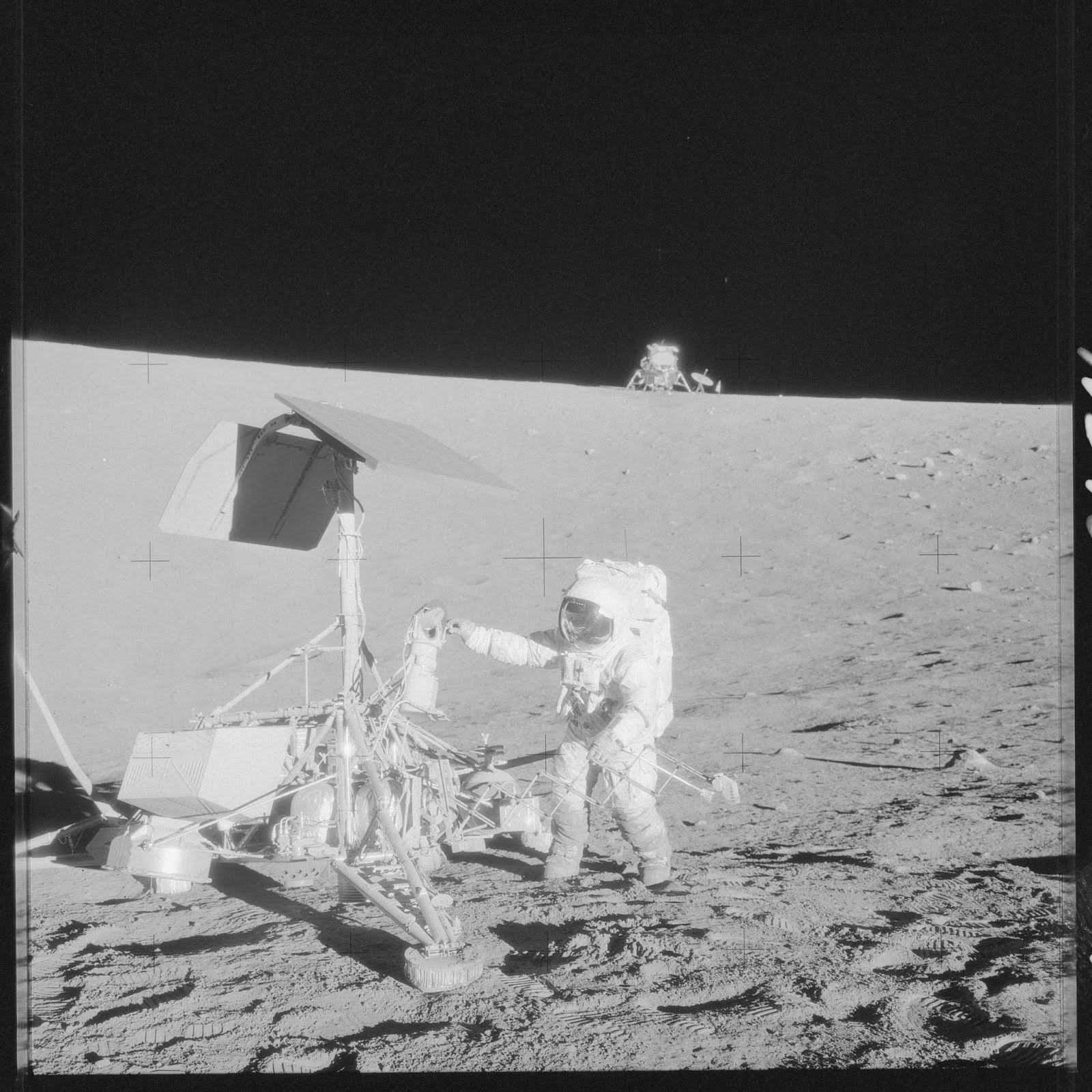 Number of photographs taken: 2,119, of which 583 on the Moon. Color TV transmissions were broadcast and color movie footage was taken.

Notes: The second crewed Moon landing demonstrated that pinpoint touchdown was possible: the LM landed just 185 meters (600 feet) from its target, the Surveyor 3 probe. This was the first (and so far the only) time that a crewed mission visited another space vehicle on another celestial body and returned some of its parts.

During liftoff, the Saturn V booster was struck twice by lightning, leading to multiple malfunctions. Only John Aaron’s rapid reaction in Mission Control solved a situation that was leading to an extremely dangerous mission abort.

A color TV camera was used for the live broadcast of the moonwalk, but the camera failed because it was pointed briefly at the Sun, damaging its sensor.

This mission placed on the Moon instruments that were powered by a small nuclear generator, which kept them active for years, providing a constant stream of science data, which was later cross-referenced with the data from subsequent Apollo flights. Conrad and Bean walked up to 411 meters (1,350 feet) away from the LM.