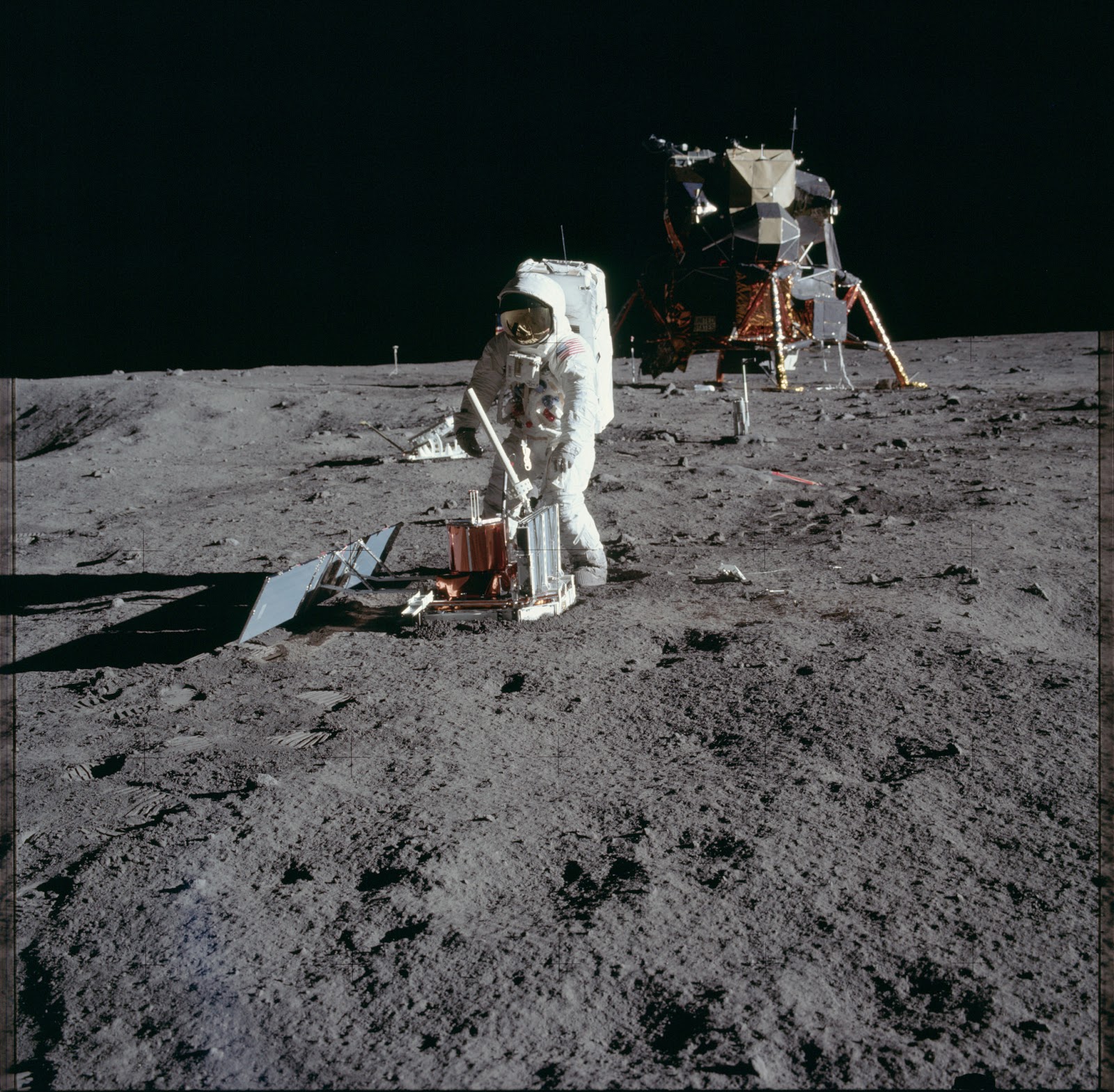 Number of photographs taken: 1,408, of which 339 on the Moon (121 of which were taken during the moonwalk). TV transmissions were broadcast and color movie footage was shot.

Notes: This was mankind’s first crewed landing on the Moon and the first return of samples and of very high resolution photographs from another celestial object, including panoramas, stereo images and extreme close-ups of the ground.

During landing, the onboard computer was overloaded with data and the automatic navigation system attempted to take the LM into an area strewn with boulders. Armstrong took control and steered the vehicle (with computer assistance) to a less dangerous area, but this deviation took so long that the LM landed with less than a minute of fuel left. The mission was a complete success and allowed the United States to keep President Kennedy’s promise, made only eight years earlier, to land a man on the Moon and return him safely.