1.5 Apollo gets up to speed

The massive US investments in space begin to bear fruit. The huge Kennedy Space Center at Cape Canaveral has risen from the Floridian swamps in record time. Several uncrewed flights test the Apollo spacecraft, the giant Saturn V Moon rocket designed by Wernher Von Braun, and the ground support hardware and staff.

Meanwhile the Soviet space program nets another first: on September 18, 1968, the Zond 5 automatic probe takes the first living beings around the Moon. Turtles, wine flies, meal worms, plants, seeds and bacteria are returned safely to Earth, apparently none the worse for the trip. What’s more, the spacecraft is clearly big enough to carry a man.

Their flight is also the first American mission with a crew of three and the first crewed test of the Saturn IB rocket, Saturn V’s smaller sibling. There’s no time to waste: the US government knows that the Soviets are secretly getting ready to beat America to the Moon. 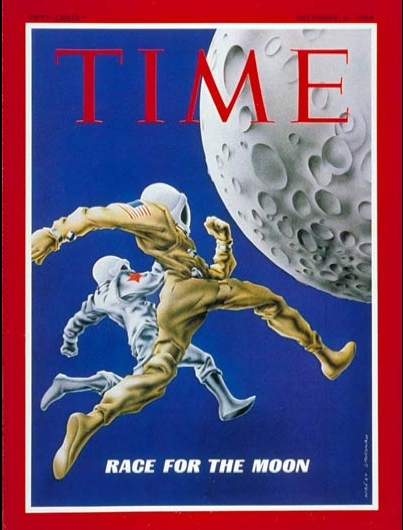 
So two months later, Apollo 8 is the first crewed flight of a Saturn V, and although the giant booster has only flown twice previously the goal is already tremendously bold: to travel three hundred times farther than anyone has ever done and take three American astronauts around the Moon.

On December 24, 1968, for the first time in history, human beings see the Moon with their own eyes from as little as 110 kilometers (69 miles) and fly over its far side, which is forever hidden from view from Earth.

The worldwide emotional impact of this mission is huge, not least because it is shown live on TV. Much of mankind is able to share the view of the cratered surface of the Moon rolling past as astronauts Frank Borman, James Lovell and William Anders read verses from the Book of Genesis. The Christmas Eve broadcast from the Moon is the most watched TV event up to that time.

The Apollo 8 astronauts also take unforgettable photographs of their destination and of our home planet as a distant, delicate blue marble suspended in the blackness of the cosmos. The contrast with the harsh, lifeless lunar horizon could not be more eloquent and striking in its message to mankind. 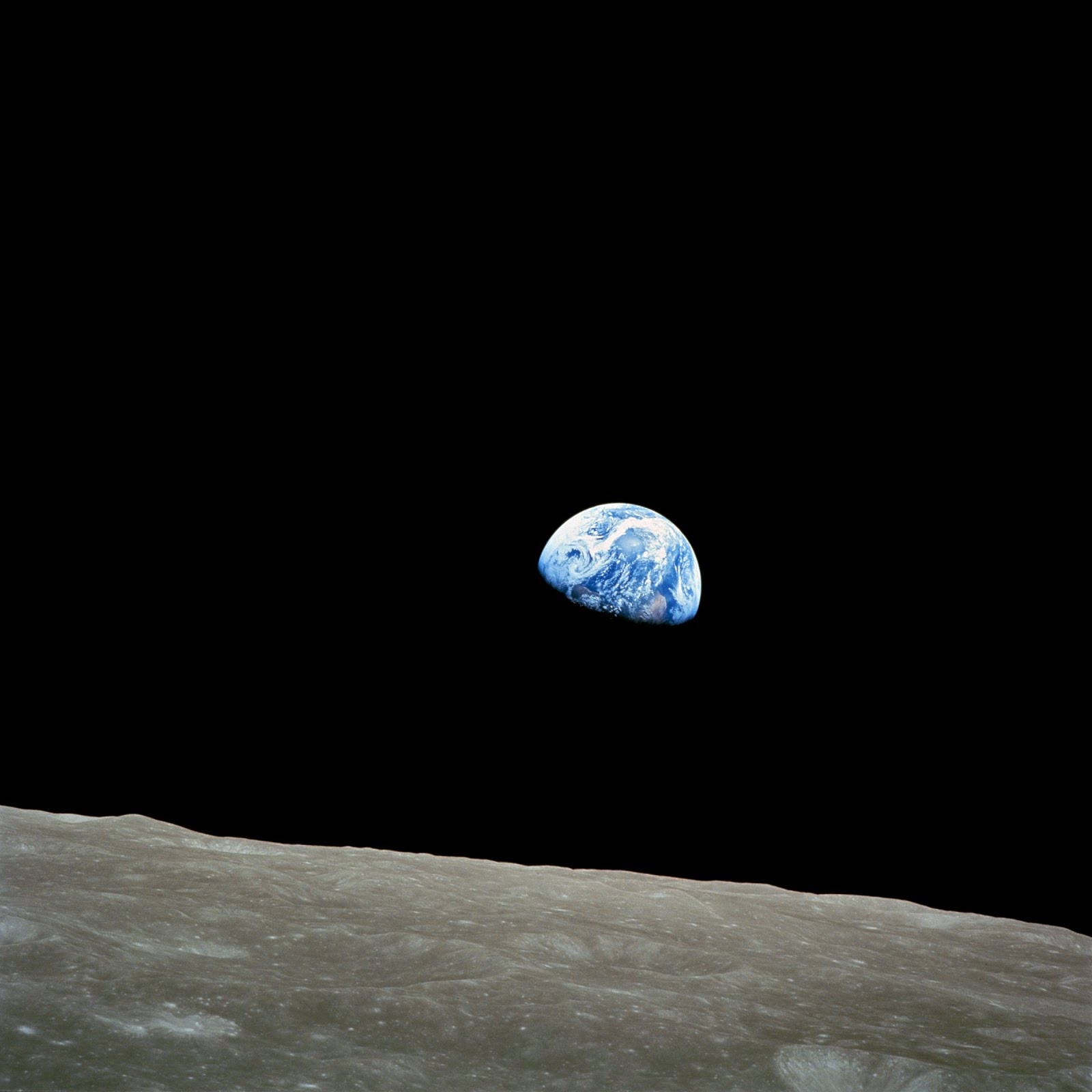 The Earth seen from the Moon by the Apollo 8 astronauts. NASA photograph AS8-14-2383.


At least in the eyes of public opinion, the flight is an unmitigated American triumph that marks the defeat of the Soviet space propaganda machine. Little is said, at the time, about the disastrous conditions aboard the spacecraft: vomiting and diarrhea caused by space sickness, outgassing of sealant that fogged up the windows and hindered star sighting for navigation, water pooling dangerously in the crew cabin, and more.

But the race to the Moon isn’t over yet. The actual landing is yet to be achieved, and the Soviet Union secretly hasn’t given up on its ambitions to be the first to land a human being on the Moon.