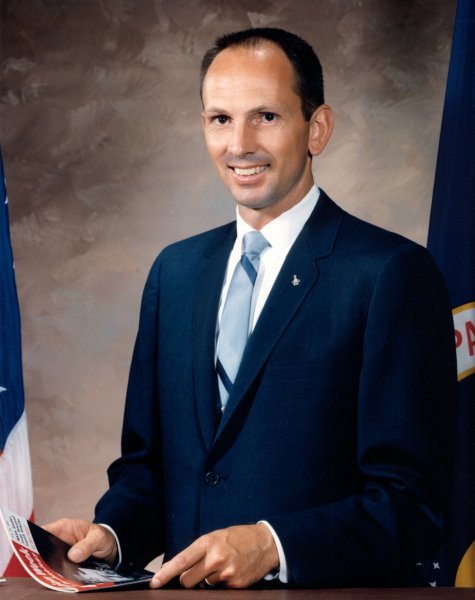 A USAF captain, aeronautical engineer and test pilot of experimental aircraft, Freeman was a member of the third group of astronauts selected by NASA in October 1963. He died on October 31, 1964, when the windshield of the T-38 aircraft he was piloting was struck by a goose and windshield fragments were ingested by the engines; Freeman ejected, but his altitude was insufficient and his parachute didn’t have time to open. He was 34 years old. Freeman was the first designated US astronaut to die during the space program.