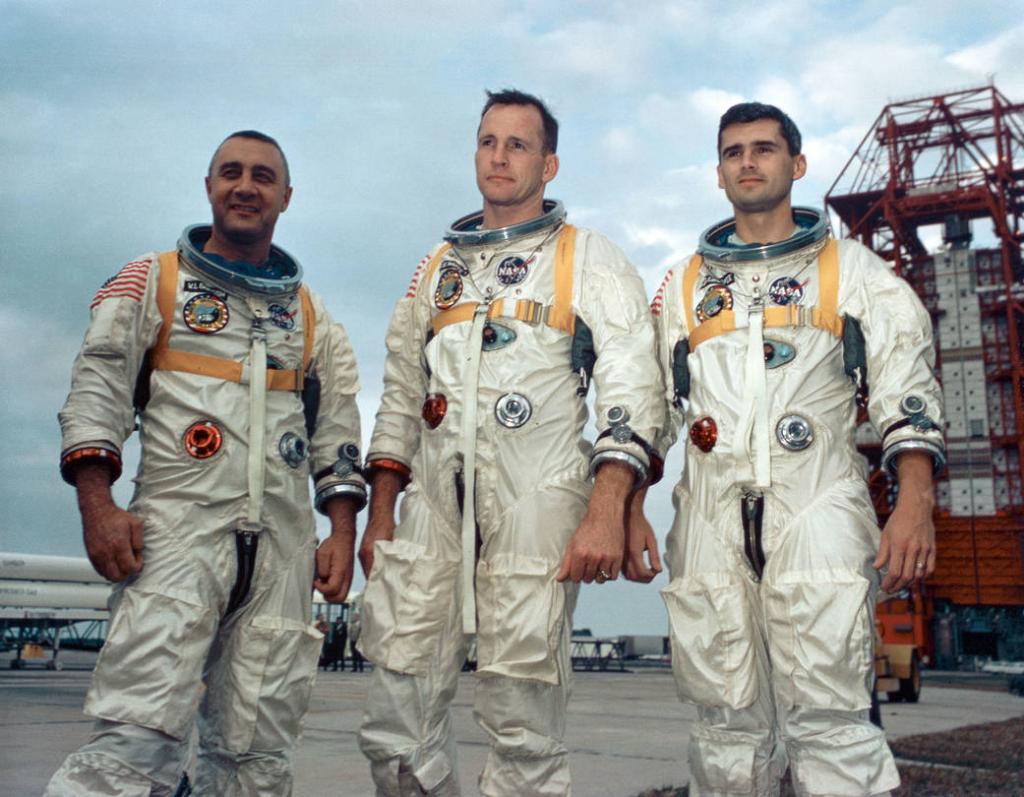 On January 27, 1967, Grissom, White and Chaffee, astronauts of the Apollo space program, were on the launch pad, inside their Apollo 1 spacecraft, for a routine static systems test to prepare for their spaceflight when fire broke out in the cabin. The pure-oxygen environment at atmospheric pressure turned the fire instantaneously into an inferno, which killed the three astronauts in less than thirty seconds. The sudden cabin pressure increase jammed the hatch, which opened inward, blocking any attempt at escape and rescue.

The tragedy had an enormous impact on public opinion in the United States and forced NASA to rethink drastically its procedures and improve the redesign of the Apollo spacecraft that was already in progress, introducing for example a hatch that could be opened easily and outward, removing most of the flammable components and using a mixed nitrogen and oxygen atmosphere for the launch phase. These modifications made the Apollo spacecraft much safer and more reliable than they were initially. In a way, the success of the lunar missions is a direct consequence of the sacrifice of Grissom, White and Chaffee.