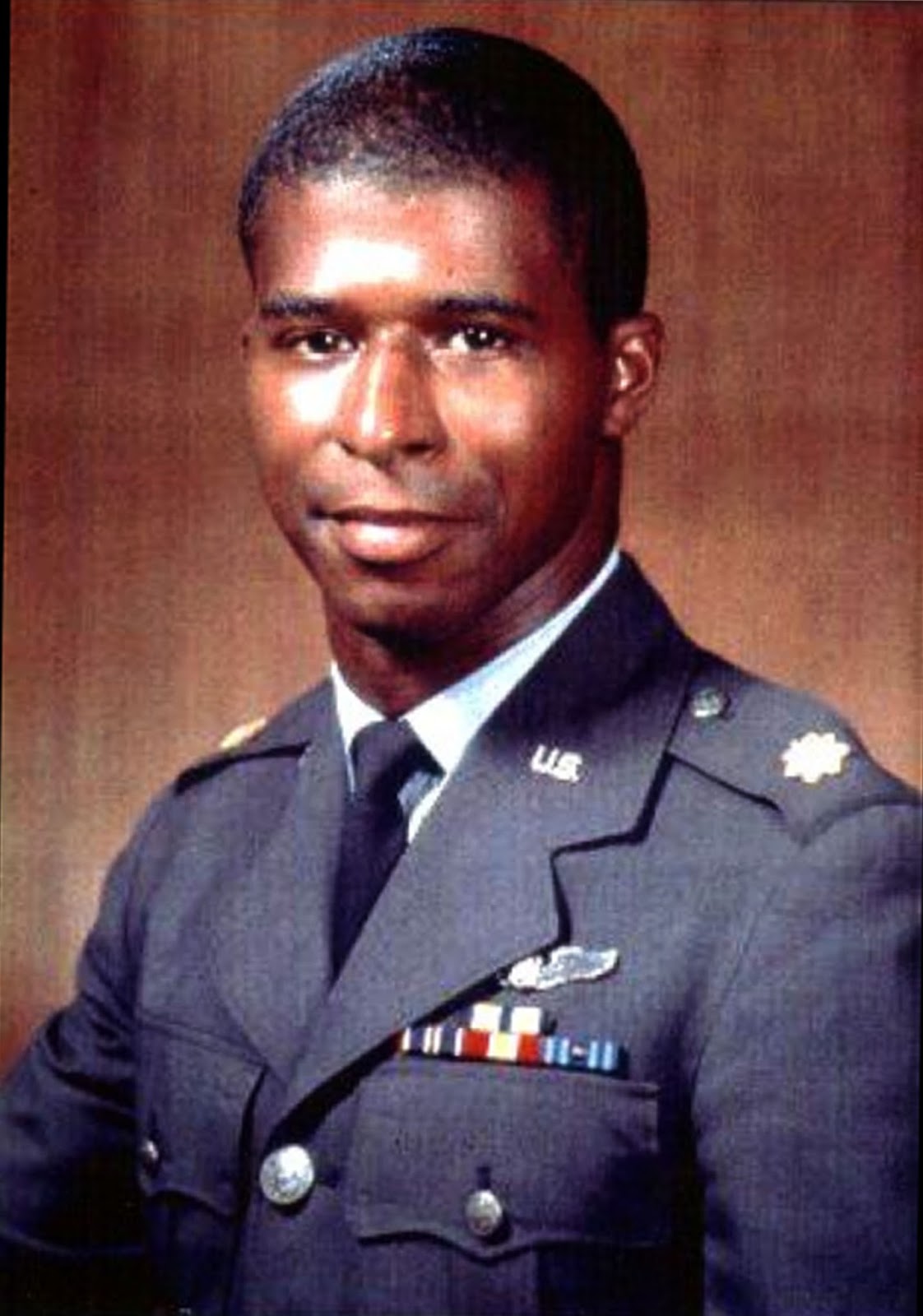 A USAF major and test pilot, Robert Lawrence was chosen in June 1967 for the third group of US Air Force astronauts that were intended to fly in space as part of the MOL military space station project. He thus became the first African-American designated astronaut.

He provided important contributions to the space program, as his test flights with modified aircraft were fundamental in developing the steep, unpowered glide paths that would be used by the Space Shuttle.

Lawrence, however, never flew in space. He died on December 8, 1967, in the crash of the F-104 supersonic trainer piloted by his trainee pilot as he was teaching him to perform a so-called “flare”, one of the experimental landing maneuvers used by the spaceplanes of the period, such as the X-15, and developed and mastered by Lawrence. He was 31.

His name is on the Space Mirror Memorial at the Kennedy Space Center but is not among those left on the Moon on a commemorative plaque placed by the Apollo 15 astronauts in 1971. One of the reasons is that the Pentagon uses the “astronaut” designation only for those who have flown to an altitude of 80 kilometers (50 miles) or more; being merely selected does not qualify. His mission patch was taken to space by the Shuttle Atlantis during the STS-86 flight.