In November 1969, Apollo 12’s Alan Bean and Charles “Pete” Conrad landed on the Moon while Richard Gordon remained in lunar orbit. It became clear immediately that this was not going to be a solemn expedition. Conrad’s first remark as he stepped off the ladder of the LM set the tone by referencing humorously Neil Armstrong’s timeless words: “Man, that may have been a small one for Neil, but that’s a long one for me!” Conrad was referring both to his own short stature and to a bet made with Italian journalist Oriana Fallaci to prove to her that the astronauts’ words were not scripted by NASA.

But roughly two and a half hours into their moonwalk, things took a strange turn: the two astronauts began giggling so much that there was some concern that their oxygen supply might be malfunctioning or that they had been affected by some mysterious space sickness.

Conrad explained the somewhat alarming laughter in the December 1994 issue of Playboy. The two lunar astronauts had a so-called cuff checklist (basically a small ring binder with laminated fireproof sheets, strapped to their left sleeve) as a reminder of the procedures to be performed. It was a simple and effective solution.

However, Dave Scott and Jim Irwin, members of the mission’s backup crew, had arranged a prank: they had inserted Playmate photographs, carefully photocopied onto fireproof paper, among the pages of the cuff checklists, adding captions full of double entendres. 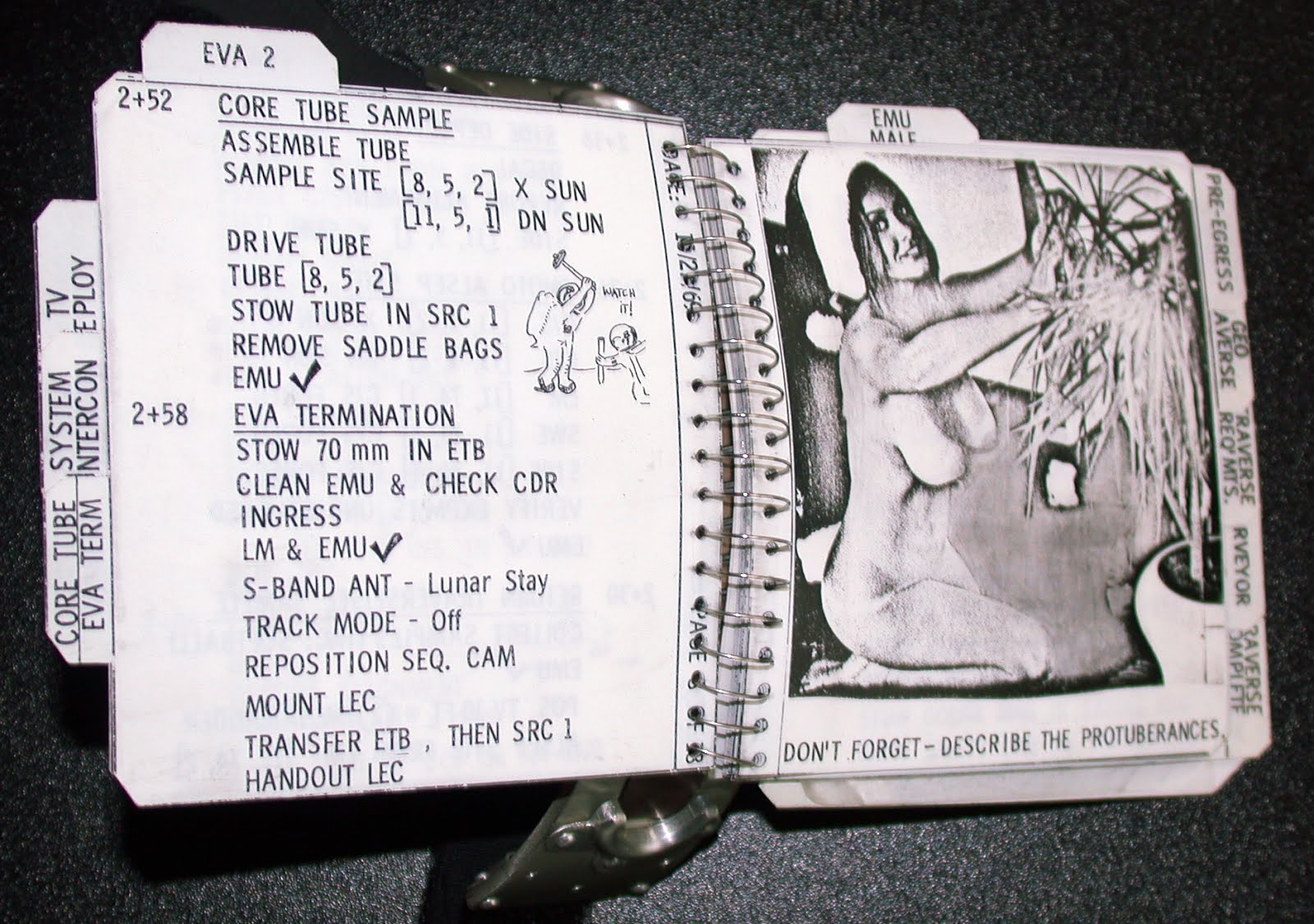 Richard Gordon, in the Command Module orbiting the Moon, also found a Playmate hidden on board, in the form of the current month’s Playboy calendar page, featuring DeDe Lind (formerly Miss August 1967), which had been fixed with Velcro inside one of the Command Module’s cabinet doors.

This is not a legend or a colorful anecdote concocted by an astronaut as a prank: the Playmate pictures from the cuff checklist are on NASA’s website and the calendar page provided to Gordon was auctioned among the Apollo 12 memorabilia in January 2011.*


* Apollo 12 Playboy Stowaway to be Auctioned, by Ian O’Neill, Discovery News, January 11, 2011.
While this might be seen as just a curious case of nudity on NASA’s usually very prudish website and as the first documented instance of erotica taken to another world, it also shows that despite the hype and heroic rhetoric that often surrounds them, astronauts are, after all, very human beings, with the same urges and weaknesses as the rest of us.

And this is what makes their accomplishments so great. 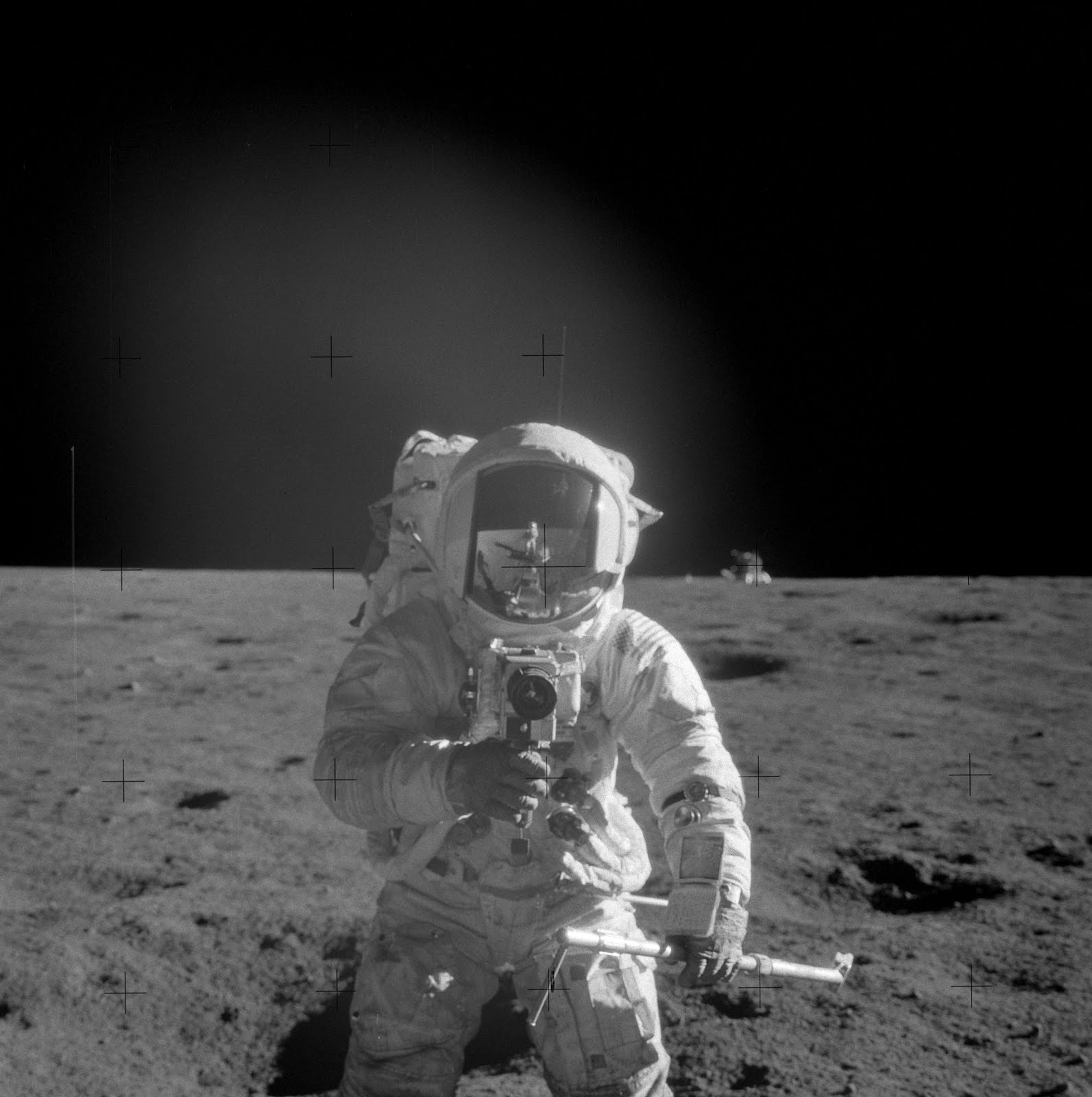 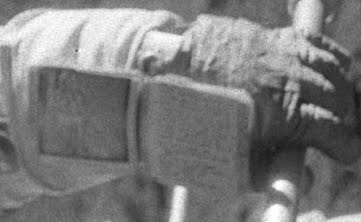 NEXT: 13.6 The President’s speech in case of Moon disaster