For decades, people who watched the live TV broadcast of the first moonwalk or studied its recordings were puzzled by Buzz Aldrin’s long pause halfway down the ladder (Figure 13.1-1) before he joined Neil Armstrong on the surface of the Moon. 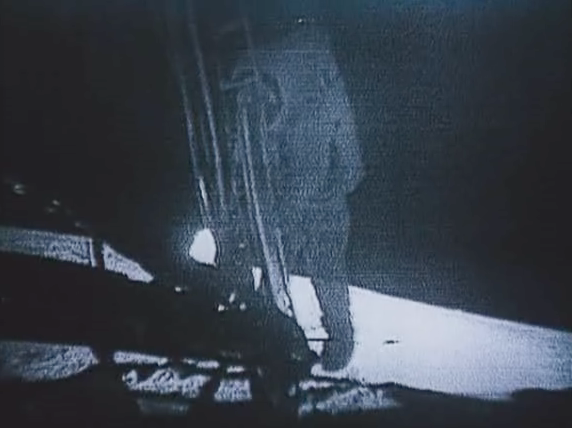 Was it dictated by fear? Was it a moment of disorientation caused by motion in an unconfined environment with unfamiliar one-sixth gravity? Was it an instant of spiritual contemplation of the amazing site? No such thing. Aldrin explained the true nature of this mysterious pause in the wonderful 2007 documentary In the Shadow of the Moon (Figure 13.1-2):

We had it in our flight plan that we’d take the first 10-15 seconds down at the bottom of the ladder, sort of hold on to the edge of the landing gear and just sort of check our stability and so forth... So that’s when I decided to take that period of time to, uh, to take care of a bodily function of slightly filling up the urine bag... so that I wouldn’t be troubled with having to do that later on... Everybody has their firsts on the Moon, and that one hasn’t been disputed by anybody.

Figure 13.1-2. Aldrin reveals the surprising reason for his pause on the LM ladder.

NEXT: 13.2 Suspicious pad corrosions and emissions