In August 1958, the United States tries to get ahead of the Russians with an attempt to be the first to reach the Moon with an automatic probe, Able 1, but the launch fails 77 seconds after liftoff. The next three attempts (Pioneer 1, 2 and 3) suffer a similar fate.

On January 2, 1959, the Soviets launch the Luna 1 probe, which two days later achieves the first lunar flyby, getting as close as 6,000 kilometers (3,700 miles) to the Moon, and becomes the first vehicle to go into orbit around the Sun.

America’s fifth lunar attempt, Pioneer 4, achieves solar orbit but fails to get any closer than 60,000 kilometers (37,000 miles) to the Moon on March 4.

The Soviets achieve another first on September 13, 1959: their Luna 2 probe crash-lands on the Moon. Less than a month later, Luna 3 reveals to the world the very first pictures of the far side of the Moon. 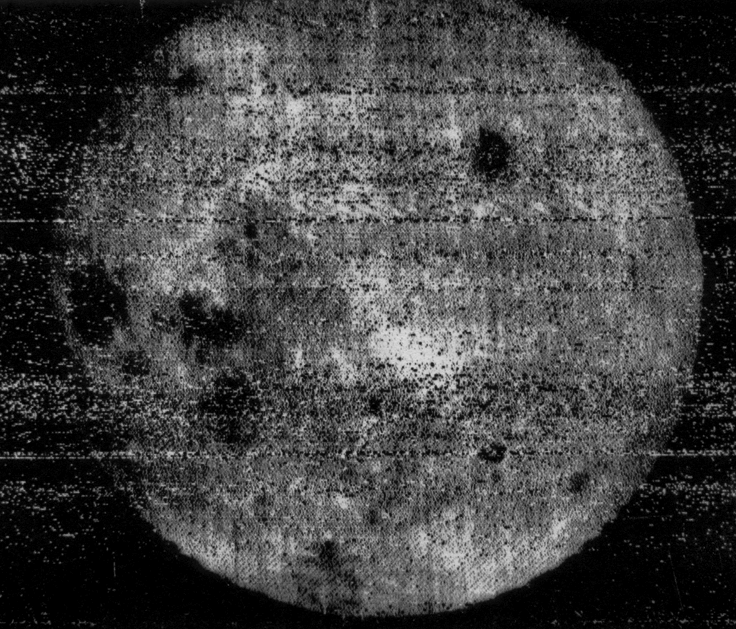 It will take the US five more years, and nine more attempts, to reach the Moon with a space probe. For the time being, America has to make do with science missions in Earth orbit, such as Explorer 6, which provides an almost complete map of the Van Allen radiation belts that encircle our planet and returns the first television pictures of Earth from space. Two monkeys, Able and Baker, are recovered successfully after suborbital flights into space. But the headline-grabbing space launches are all Soviet.