IN A NUTSHELL: No. He saw a discarded part of the Apollo spacecraft. He said so immediately upon returning to Earth, but conspiracy theorists and unscrupulous documentary makers ignore or even edit out his explanation.


THE DETAILS: This remarkable claim stems from a statement made by Buzz Aldrin (Apollo 11) in the documentary First on the Moon: The Untold Story (2005). Here’s what he says verbatim:

There was something out there that was close enough to be observed... and what could it be?... Mike [Collins] decided he thought he could see it in the telescope, and he was able to do that, and when it was in one position it had a series of ellipses. But when you made it real sharp it was sort of L-shaped.

That didn’t tell us very much... Obviously the three of us were not gonna blurt out “Hey, Houston, we’ve got something moving alongside of us, we don’t know what it is, you know, can you tell us what it is?” We weren’t about to do that! ’Cause we know that those transmissions would be heard by all sorts of people, and who knows what somebody would have demanded that we turn back because of aliens or whatever the reason is. So we didn’t do that, but we did decide we’d just cautiously ask Houston where... how far away was the S-IVB...

And a few moments later, they came back and said something like it was six thousand miles away because of the maneuver, so we really didn’t think we were looking at something that far away, so we decided that after a while watching it, it was time to go to sleep, and not to talk about it anymore until we came back, in debriefing.

Aldrin’s expression clearly reveals his amusement (Figure 11.2-1) as he tells this anecdote; he doesn’t speak in the solemn tone that one might expect for such a world-shaking revelation as an alien encounter. Nevertheless, the documentary dwells on his words and also shows a blurry image of an object (not the one seen by Apollo 11, but another one observed during another Moon trip) while the narrator states that the object seen by Aldrin was never identified certainly. 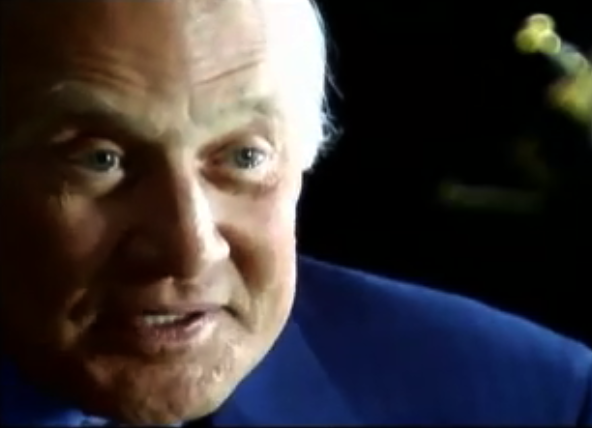 At first sight, it would seem that an Apollo astronaut is claiming that he saw an extraterrestrial spacecraft and decided, together with his crewmates, to keep quiet about it. That’s the way many UFO sites present this story. But a little fact-checking reveals that the conspiracy of silence was perpetrated not by the astronauts, but by the authors of the documentary, perhaps seeking a dramatic scoop.

The most likely and thoroughly non-extraterrestrial explanation of the sighting had in fact been given directly by Aldrin during the interview he recorded for the documentary, but it was cut, as Aldrin told David Morrison of the NASA Astrobiology Institute*, and continues to this day to be ignored by the media.

The astronaut explained to the documentary makers that the object that was chasing them was quite likely to be one of the four fairing panels that enclosed the Lunar Module (LM), as shown in Figure 11.2-2. 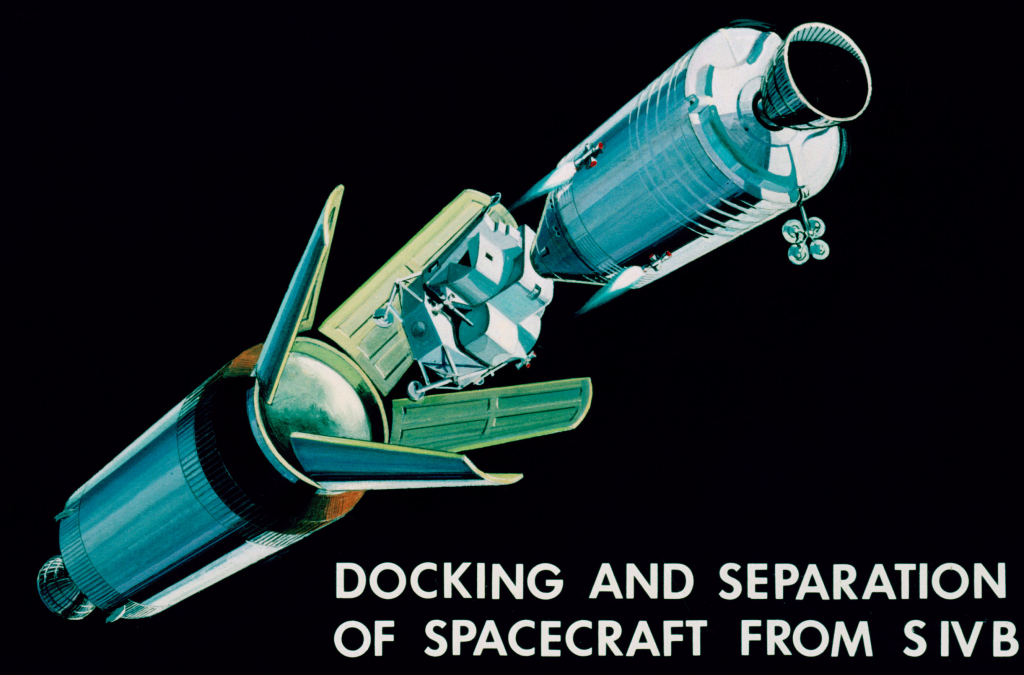 During liftoff from Earth and for the initial part of the trip to the Moon, the LM sat on top of the S-IVB stage (the cylinder at the bottom left in Figure 11.2-2) and below the Command and Service Module (CSM), protected by these four panels.

As the spacecraft continued its voyage toward the Moon, the CSM separated from the S-IVB stage and turned around to face the stage. The fairing panels opened out and detached from the S-IVB and then the CSM docked with the LM and pulled it away from the stage.

The docked CSM and the LM (the actual Apollo spacecraft) then moved away from the S-IVB, which was commanded from Earth to fire its engines to set it on a trajectory that avoided any risk of collision with the spacecraft.

The fairing panels, however, were already uncoupled from the S-IVB stage and therefore were not affected by the trajectory change and diligently obeyed Newton’s laws of motion, continuing by inertia along the same path as the Apollo spacecraft, like seagulls trailing a ship, until the spacecraft fired its main engine to change course.

Aldrin subsequently confirmed the true nature of the sighting on several occasions, for example on the Howard Stern Show of August 15, 2007, in a TV interview for the Science Channel in which he asked for the opportunity to explain to the viewers that he had not seen an alien spacecraft (the TV channel refused his request), and in a Reddit Ask Me Anything in 2015, when he wrote the following:

On Apollo 11 in route to the Moon, I observed a light out the window that appeared to be moving alongside us. There were many explanations of what that could be, other than another spacecraft from another country or another world - it was either the rocket we had separated from, or the 4 panels that moved away when we extracted the lander from the rocket and we were nose to nose with the two spacecraft. So in the close vicinity, moving away, were 4 panels. And i feel absolutely convinced that we were looking at the sun reflected off of one of these panels. Which one? I don't know. So technically, the definition could be "unidentified."

We well understood exactly what that was. And when we returned, we debriefed and explained exactly what we had observed. And I felt that this had been distributed to the outside world, the outside audience, and apparently it wasn't, and so many years later, I had the time in an interview to disclose these observations, on another country's television network. And the UFO people in the United States were very very angry with me, that i had not given them the information. It was not an alien.

The tale of the astronaut who says he saw a UFO is too good to be put down and so it continues to circulate unchecked, despite the fact that the matter had already been clarified and discussed thirty-five years earlier during the debriefing mentioned by Aldrin, as recorded on pages 6-33 to 6-36 of the Apollo 11 Technical Crew Debriefing of July 31, 1969.

It’s quite ironic that the astronauts, during their flight, chose not to discuss the issue over the radio because they were concerned that their remarks might be misinterpreted but this choice was then construed as evidence that they were hiding something. Just as they expected, their words were grossly misunderstood.

NEXT: 11.3 Did Apollo 20 secretly recover an alien spaceship?