10.7 Were the Moon rocks actually meteorites collected in Antarctica by Wernher von Braun?

IN A NUTSHELL: No. There wouldn’t have been enough available, and anyway they would be different from intact Moon rocks. Any geologist would notice the difference immediately.


THE DETAILS: Some conspiracy theorists, such as Bill Kaysing, allege that the Apollo Moon rocks were not retrieved by astronauts on the Moon but were picked up in Antarctica by rocket designer Wernher von Braun.

It is true that meteorites can be found in Antarctica, since they stand out very clearly against the frozen white surface. The same is true for any surface that is naturally free from rocks, such as sandy deserts.

It is also true that some of these meteorites come from the Moon by natural means: for example, a larger meteor that strikes the lunar surface can hurl debris powerfully enough to escape the Moon’s gravitational influence and drift through space until it is captured by the Earth’s far stronger gravity pull. The meteor then falls through our planet’s atmosphere and hits the ground.

It is also factually correct that von Braun went to Antarctica in 1966-67 together with other NASA management members. This was no secret: it was reported widely at the time (for example in Popular Science no. 5, May 1967).

But there are major holes in this conspiracy theory. First of all, why send a very well-known and conspicuous von Braun looking for meteorites, when NASA had plenty of expert geologists who could identify meteorites far more confidently than a rocket engineer and could do so without attracting attention?

Secondly, meteorites in Antarctica are few and far between; lunar meteorites that happen to land there are even rarer. NASA’s Antarctic meteorite collection only has 25 as of January 2017. It would have been impossible to collect enough lunar meteorites to fake the 382 kg (842 lb) of Moon rocks brought to Earth by Apollo astronauts.

Moreover, any meteorite found on Earth is altered profoundly by its high-speed, searingly hot dive through the atmosphere. Its surface is partly melted, eroded and smoothed. Once on the ground, it is affected by weathering and chemically altered by interaction with air. Apollo rocks are instead jagged and pristine, and their surface exhibits microscopic craters produced by the highly energetic impact of micrometeoroids. 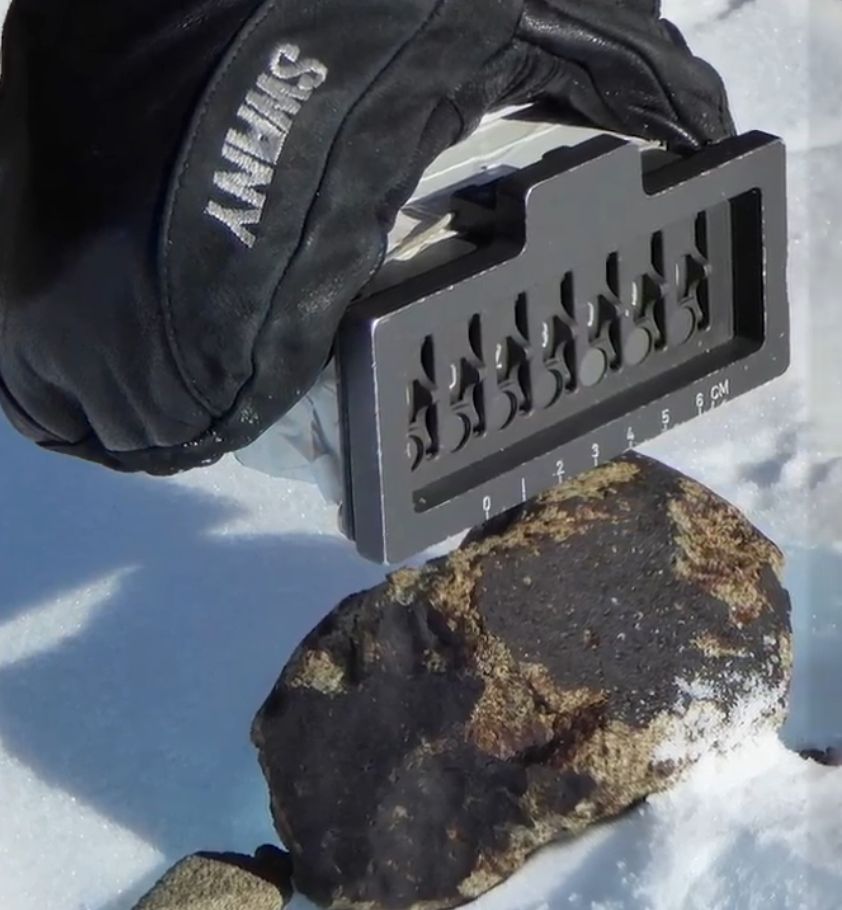 
Could the NASA Moon rocks have been faked by collecting lunar meteorites from Antarctica and then removing their outer layer to give them a jagged shape? No. The outer layer of Moon rocks contains large amounts of helium-3, which is very rare on Earth. This layer is also affected by the particles of solar wind as rocks lie on the lunar surface. Removing this outer layer would remove these features, and this would be evident to any geologist.

NEXT: Chapter 11. UFOs and Moon landings