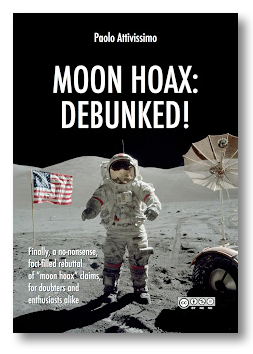 
What’s in the book


The 2013 edition of Moon Hoax: Debunked! is still available on Amazon Kindle and as paperback here, but I will no longer be updating it in print. The only edition I will be publishing from now on is the online one (the one you’re looking at now) because I don’t have enough time to write and also manage multiple editions and keep them synchronized, so I have to make a choice. Sorry!