5.6 Why aren’t the shadows parallel?

IN A NUTSHELL: Because the shadows in the Apollo photographs actually are parallel when viewed from above, but perspective makes them appear to intersect when viewed from ground level. The same effect can be seen easily on Earth, for example in railroad tracks: their spacing only appears to change with distance, but it’s actually fixed. Also, the lunar terrain is anything but flat, so shadows follow its contours and therefore appear to bend when viewed from the ground.


THE DETAILS: If you trace the directions of shadows in many Apollo photographs, you’ll notice that they’re not parallel, as exemplified below. Moon hoax proponents say that they should instead be parallel, because on the Moon there’s only one light source (the Sun), which is very far away and therefore casts parallel shadows according to the rules of optics.

Bart Sibrel, in the Fox TV show Did We Land on the Moon?, states that “Outside in sunlight, shadows always run parallel with one another, so the shadows will never intersect”. 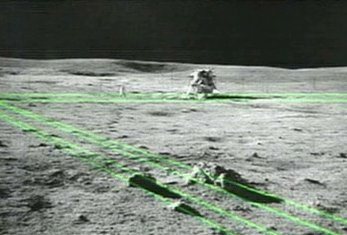 Figure 5.6-1. An Apollo photograph showing non-parallel shadows, as presented in the Fox TV show Did We Land on the Moon? (2001).


As usual, the conspiracy theorist presents the photograph without identifying it. It takes some research to determine that it’s photo AS14-68-9487, taken during the Apollo 14 mission. 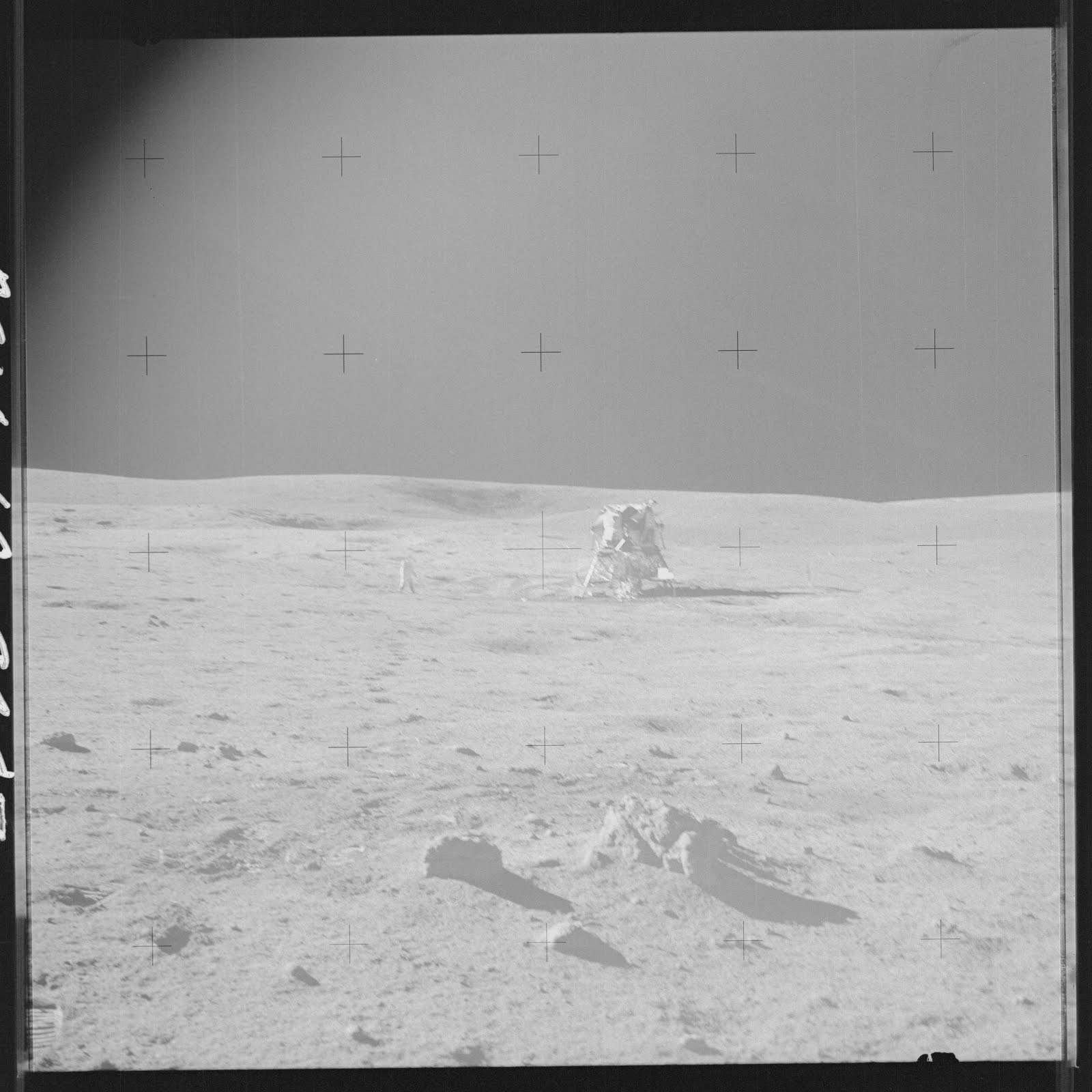 
Intersecting shadow directions, it is argued, imply multiple light sources, which are impossible on the Moon and suggest studio lighting. No explanation is given by Moon hoax proponents as to why NASA or the alleged hoax perpetrators would have made such a colossally stupid and glaring mistake.

In actual fact, multiple light sources would cause each object to cast multiple shadows, as occurs with the players in a football or baseball match played at night. But in the photographs taken on the Moon each object casts only one shadow.

Sibrel is correct in stating that in sunlight shadows run parallel to each other, but he seems to have forgotten about perspective, which causes the directions of shadows that are actually parallel to appear to intersect if viewed or photographed from most angles. It’s a basic optical principle that occurs on Earth as well: parallel objects, such as railroad tracks, appear to converge in the distance, but they don’t actually become closer or intersect. That would make it rather hard for trains to work.

This perspective effect is really easy to demonstrate in real life. The photo below shows shadows cast at sunset by trees and by my very patient wife Elena. The sun is on the right. From this angle, the shadows look essentially parallel, as indeed they were when I took this picture. 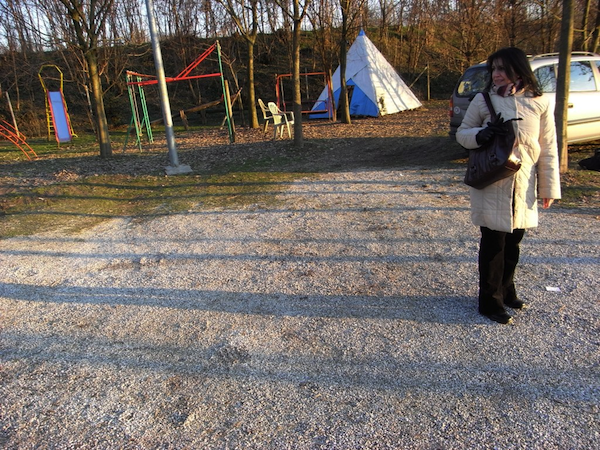 Figure 5.6-3. My wife Elena patiently stands in for a lunar astronaut. Credit: PA.


But if the same scene is photographed a few seconds later from a different angle, as in the photo below, the directions of those very same shadows suddenly appear to intersect, converging away from the viewer. However, it’s just an optical illusion caused by perspective. The shadows haven’t actually moved. 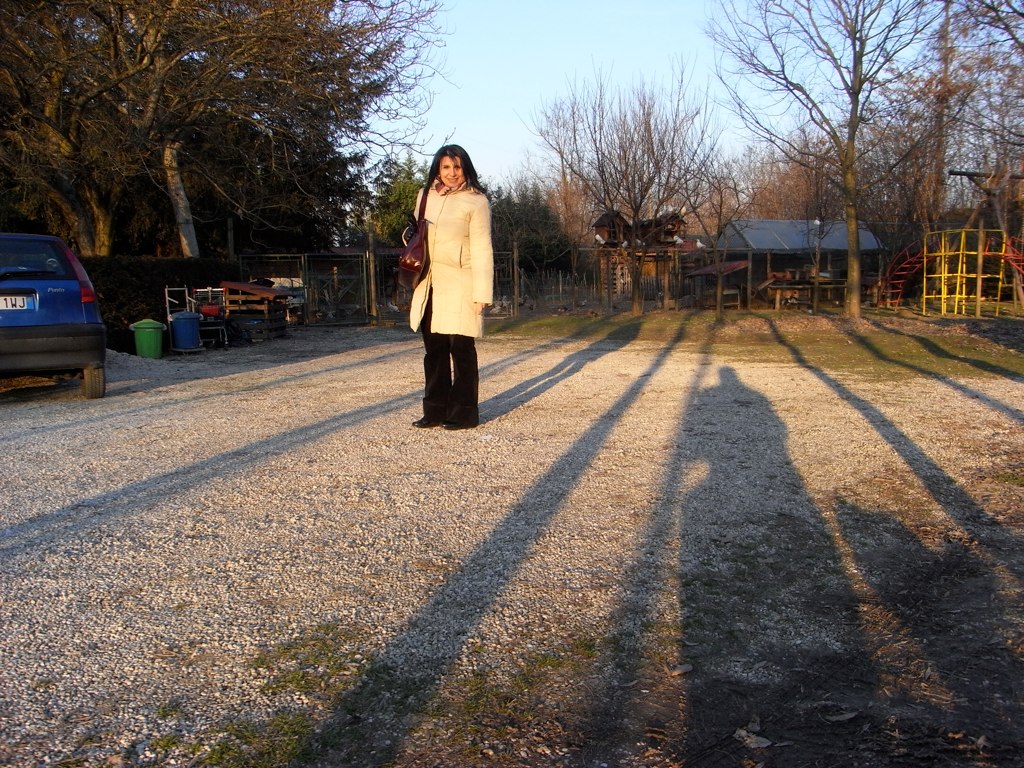 Figure 5.6-4. The same shadows as in the previous photograph, taken from a different angle, now appear to converge. Credit: PA.


In other words, anyone who claims that intersecting shadows in Apollo photos are evidence of studio fakery merely shows a lack of understanding of the very simple concept of perspective and reveals very limited powers of observation. All it takes to realize that this claim is bogus is to go outside and look around.

However, perspective is not the only phenomenon that can alter the direction of shadows in photographs: the uneven shape of the ground can also produce the same effect. In the photos taken on the Moon there are no familiar objects that can be used as reference, such as plants or roads or houses, and the ground is very uniform in color, so it’s hard to detect any rises or hollows. The observer tends to assume that the ground is level even when it isn’t, and this alters perception.

For example, in the specific case of photo AS14-68-9487 shown above, at first glance the rocks in the foreground seem to stand on a level surface, but they’re actually perched on a small rise. Accordingly, their shadow falls onto the slope of this rise and changes direction, as demonstrated by the TV show Mythbusters starting from this very photograph:


Figure 5.6-5. Mythbusters creates a simulation of the lunar environment and of its shadows, changing the directions of the shadows by creating a local rise.


The fact that these rocks stand on a rise and that the surface is anything but level becomes perfectly evident by creating an anaglyph (3D image) based on photos AS14-68-9486 and -9487, taken from slightly different points, as Kevin Frank did for the Apollo Lunar Surface Journal: 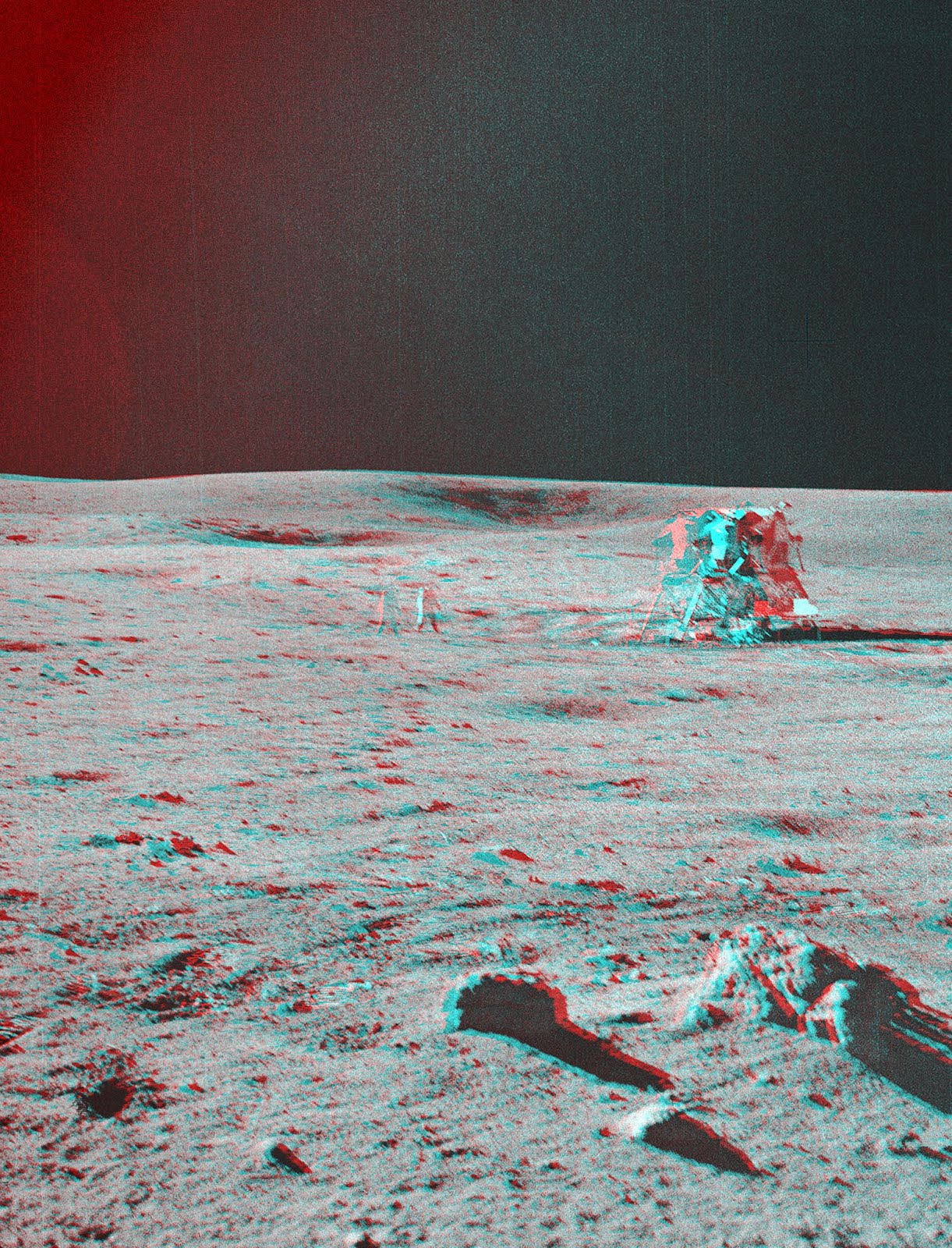 Figure 5.6-6. Photos AS14-68-9486 and -9487, combined by Kevin Frank into a 3D anaglyph, reveal that the foreground rocks stand on a rise which is otherwise hard to notice. Glasses with red and blue filters are required to view the 3D effect.


This phenomenon is fairly easy to replicate on Earth. For example, Figures 5.6-7 and 5.6-8 show toothpicks lit by sunlight. Seen from above, they cast essentially parallel shadows. Seen from the side, however, they cast intersecting shadows which converge toward the viewer instead of being parallel or converging on the horizon. I took the photos myself in my garden with an ordinary mobile phone, using the sun as the only light source, just like on the Moon. 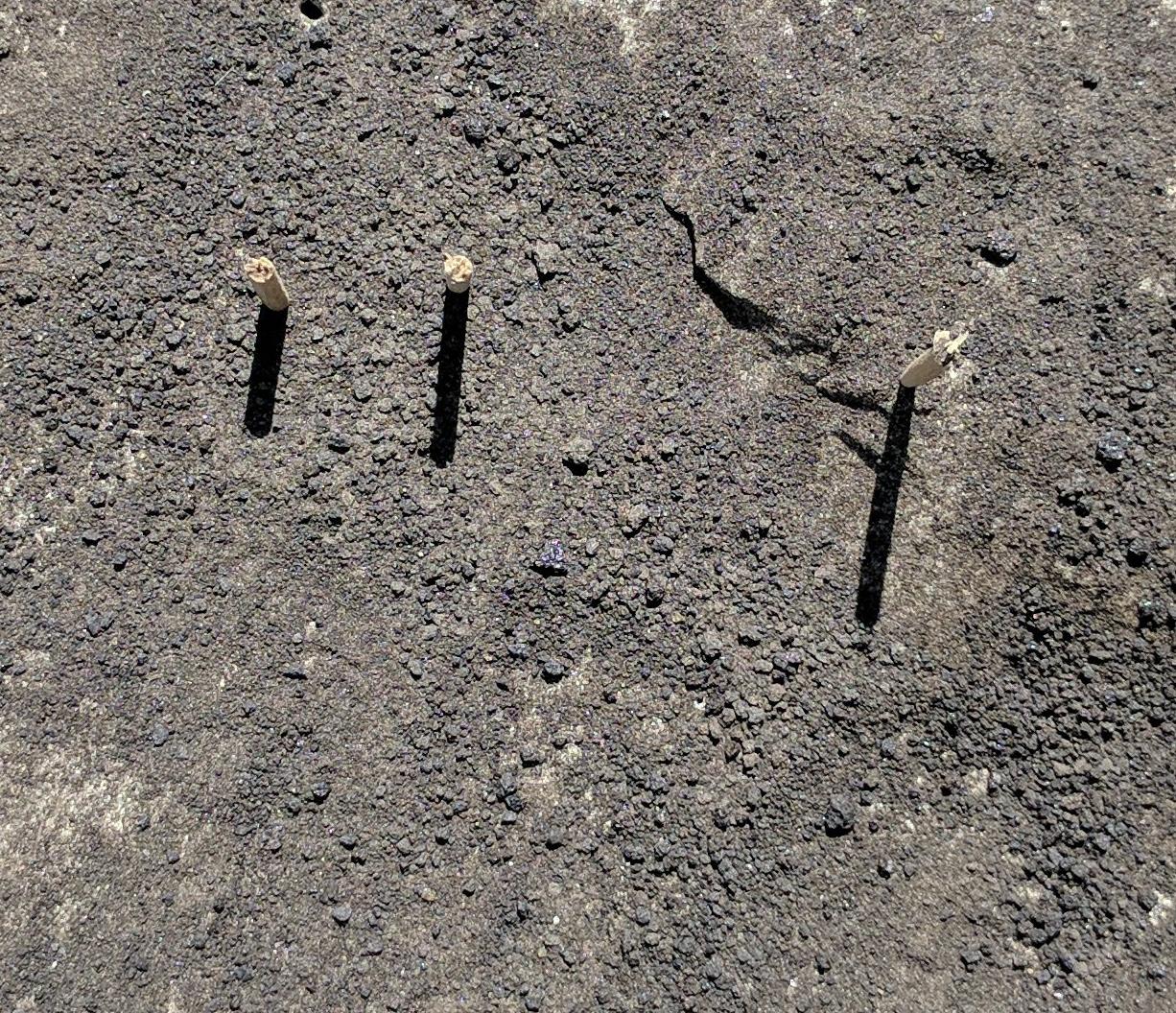 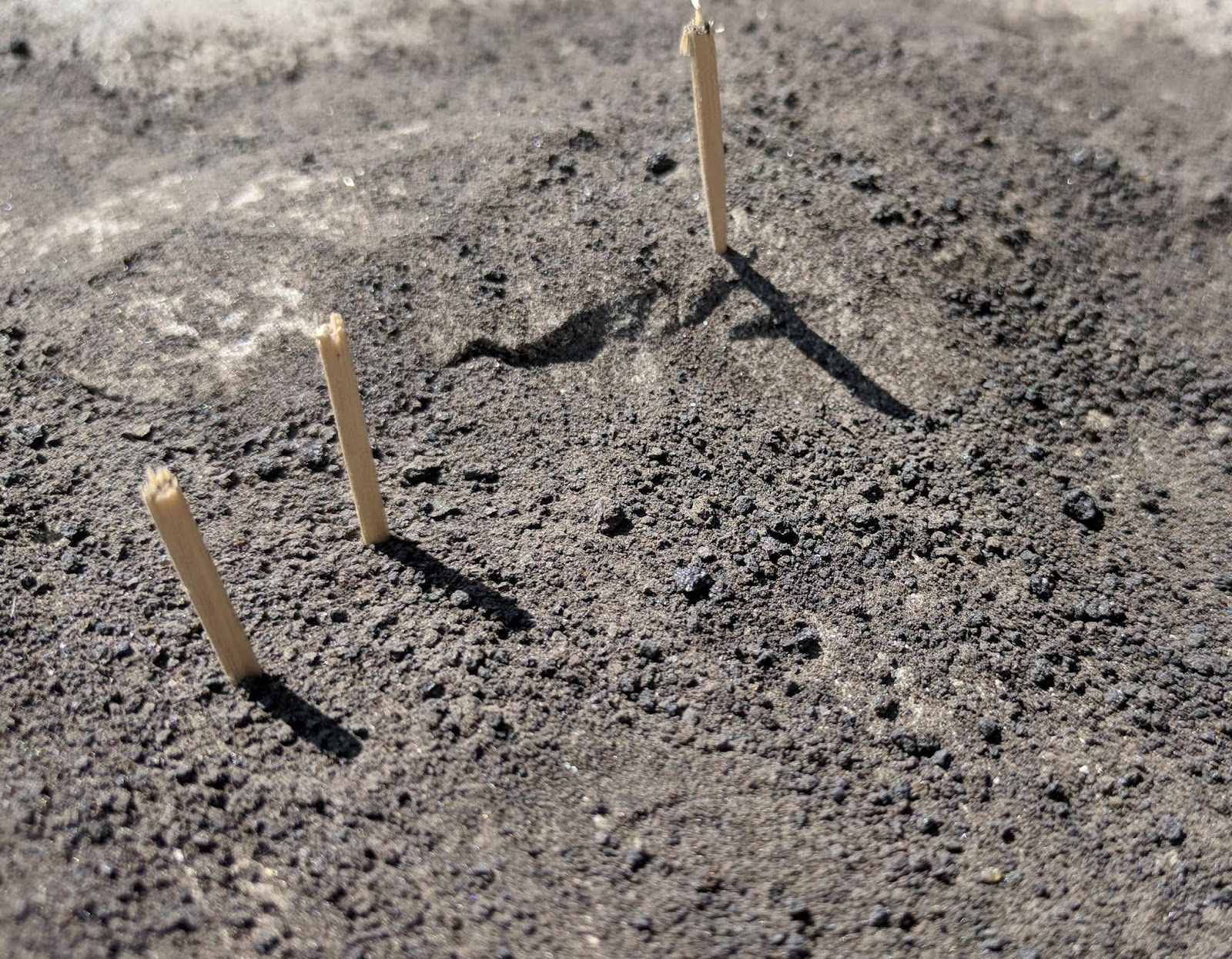 Figure 5.6-8. The shadows of the same toothpicks, seen from the side, converge toward the viewer instead of diverging or being parallel. Credit: PA.


This effect is due to the fact that the toothpick on the right is on a rise of the surface. This rise is not noticeable because its shape is masked by the fine crushed rock I used to create the simulated lunar surface texture. But if this pulverized rock is removed, as in Figure 5.6-9, the actual shape of the surface becomes evident: the shadow’s direction is altered by the slope of the terrain. 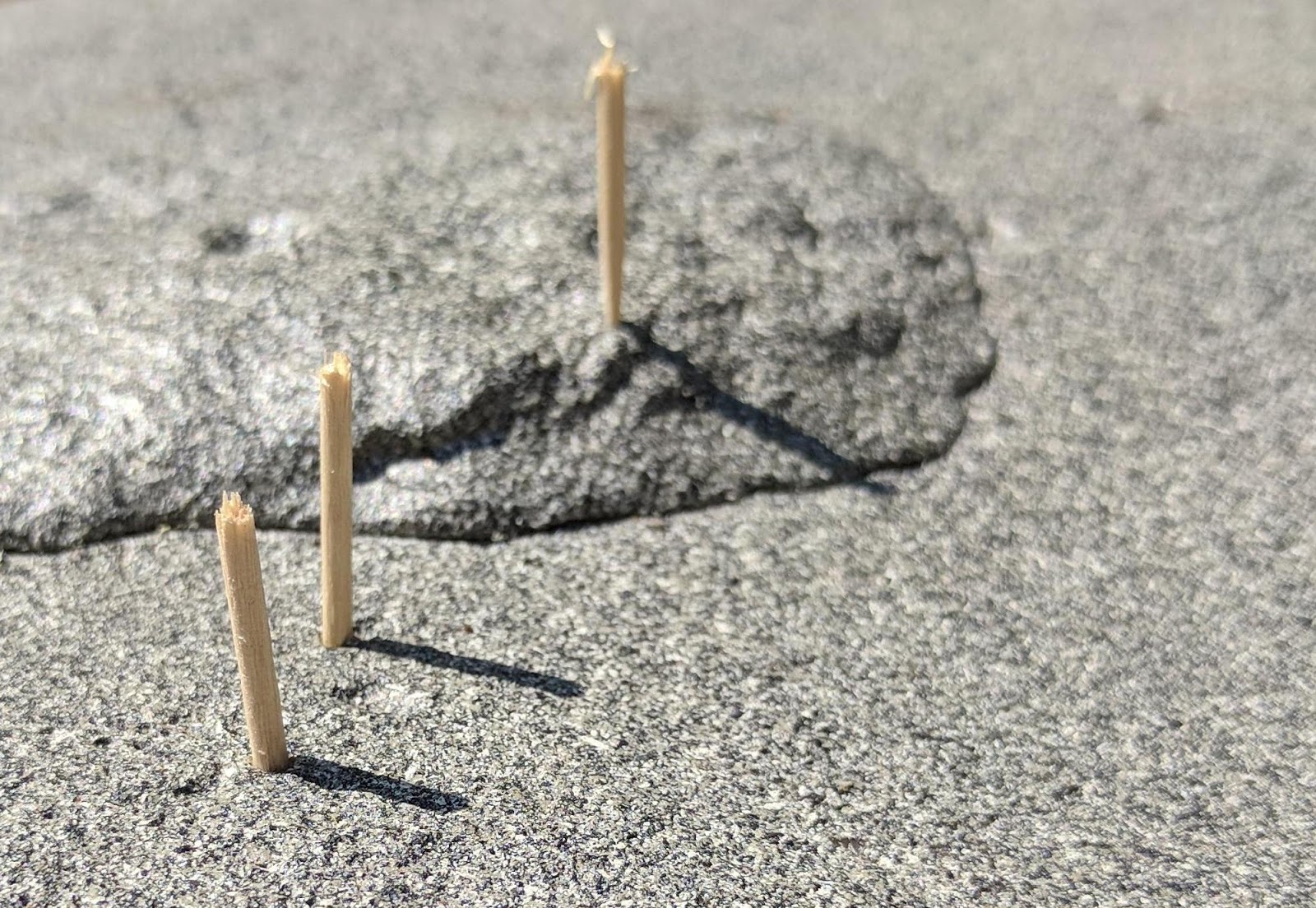 Figure 5.6-9. The toothpicks of Figures 5.6-7 and 5.6-8 without the pulverized rock texture on their supporting surface. Credit: PA.

Figure 5.6-10. Converging shadows produced by the shape of the terrain, which is hidden by the pulverized rock and then revealed Credit: PA.

NEXT: 5.7 Why do the astronauts cast shadows of different lengths?