5.32 How come famous photographers claim that the Apollo photos are fake?

IN A NUTSHELL: They’re famous photographers, but they’ve always worked on Earth. They have no experience of photography in space, where lighting and lunar soil reflectivity are very different from Earth. Moreover, they were asked to judge digitally altered versions of the photographs instead of the original scans, which show none of the alleged inconsistencies. In one case they were even shown a fake (a montage) instead of a real Apollo photo and they didn’t notice that it lacked the famous crosshairs that characterize all moonwalk photos.


THE DETAILS: In his video American Moon (2018), Massimo Mazzucco argues in favor of several conspiracy theories by consulting experienced photographers: Toni Thorimbert, Aldo Fallai, Oliviero Toscani, Nicola Pecorini and Peter Lindbergh. Mazzucco himself is a photographer. These photographers set forth several technical objections that lead them to claim that the Apollo photographs are fake.


In summary, these well-known photographers are experts in terrestrial photography and their artistic and technical talent is undisputed on Earth. But they have no experience in space and they are not familiar with the unusual characteristics of the space environment (such as a black sky in full daylight on the Moon, with no light scattered by the atmosphere as occurs on Earth). Accordingly, it is understandable that they reach wrong conclusions.

Their mistake is even more understandable if they are given heavily processed photographs or even fakes. The pictures shown to them by Mazzucco in fact have an artificially exaggerated contrast, and one of them is a montage.

For example, Mazzucco shows them this well-known photograph, and they reply that it must be false because of the fall-off of light in the foreground and background:


However, this version has a much higher contrast than the original scan, and this exaggerates the small differences in ground brightness. The alleged hotspots and fall-offs are essentially digital artifacts.

Contrast exaggeration is often used for aesthetic purposes, as shown by Figure 5.32-2 (which is not as exaggerated in contrast as the version used by Mazzucco); the actual brightness variations are very small, as shown by the unprocessed scan of Figure 5.32-3. 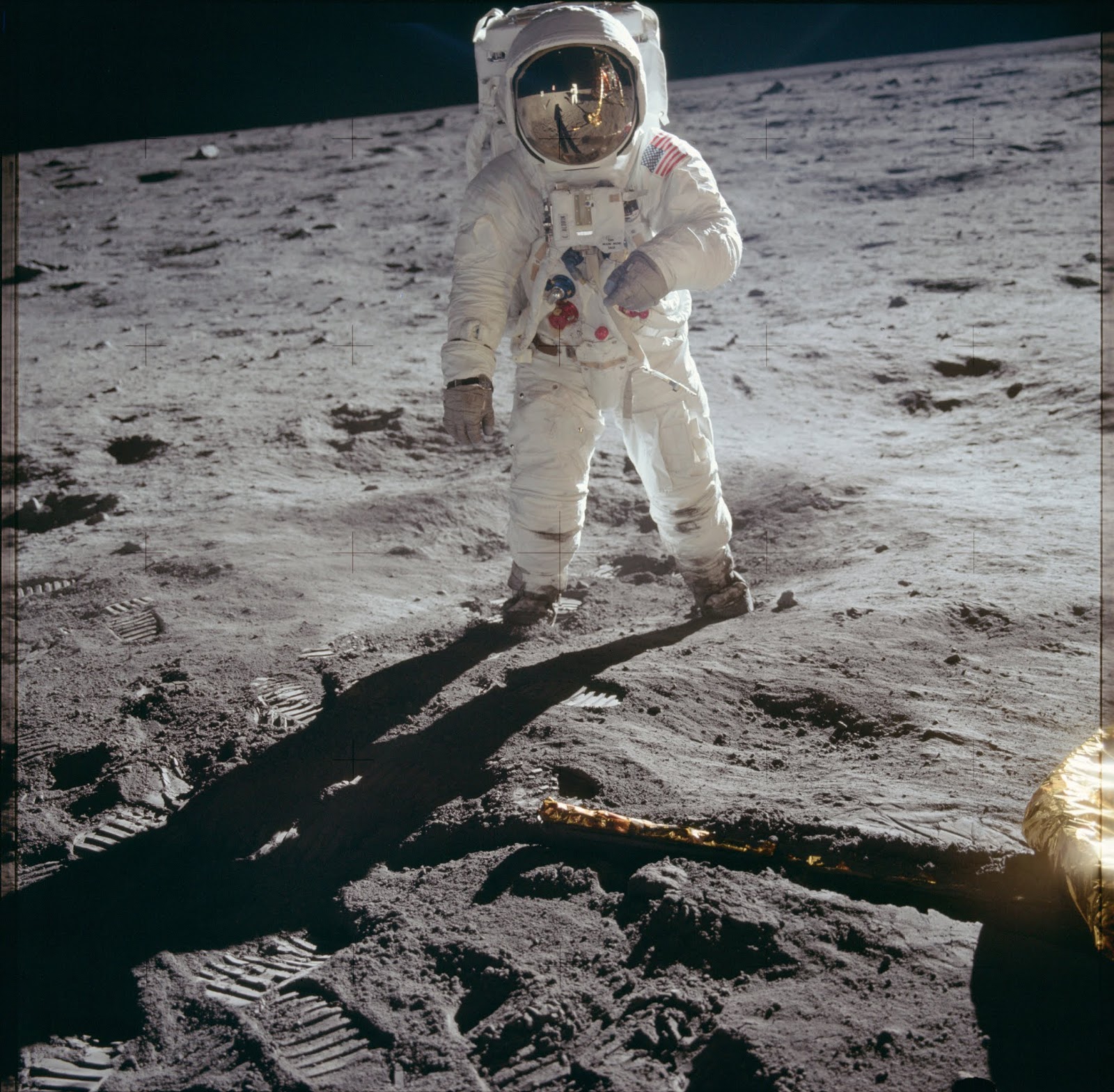 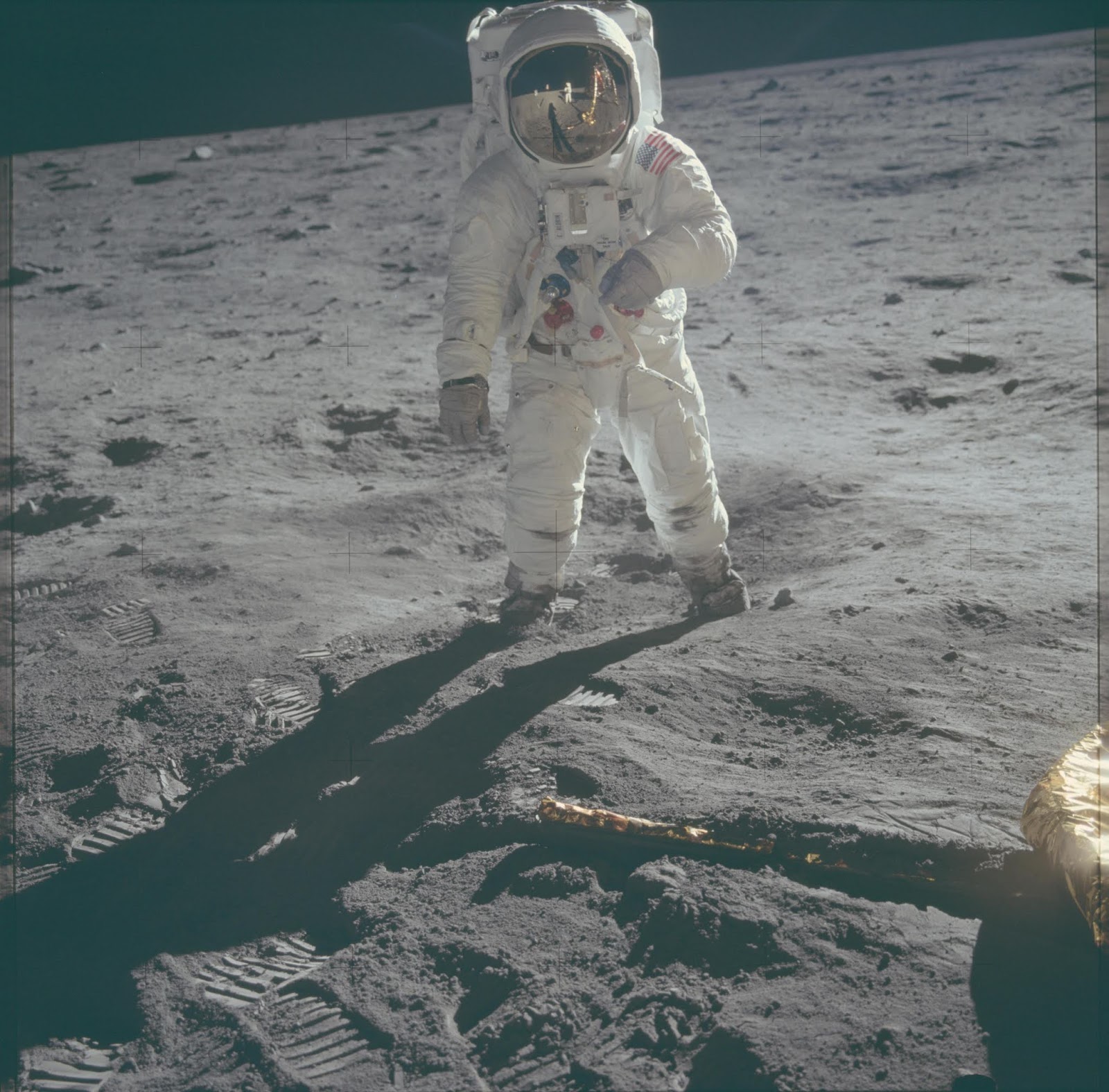 
The full set of Apollo 11 EVA photographs is available online in processed and unprocessed form.

There’s more. Mazzucco asks Thorimbert, Toscani, Fallai and Lindbergh to examine the picture shown in Figure 5.32-4 and they reply that it’s fake because of its inconsistent lighting. 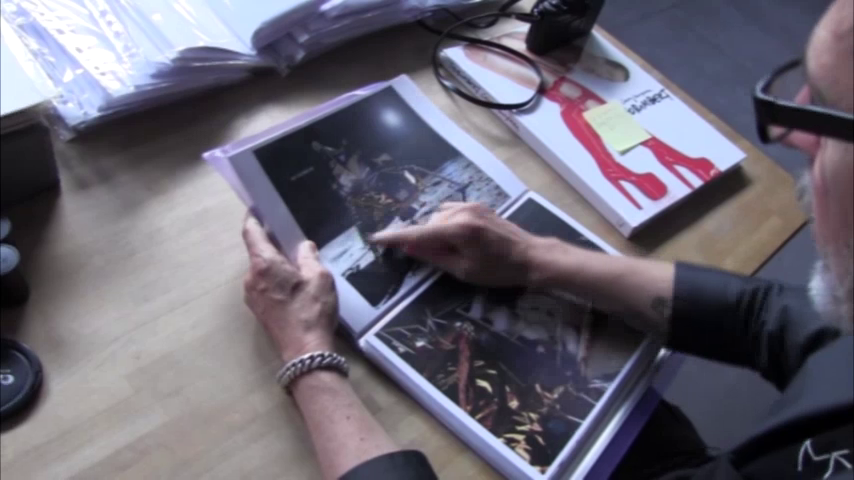 
None of these expert photographers, however, realize that this is not an actual Apollo photograph: it’s a montage (Figure 5.32-5), already discussed in Section 5.27. None of these experts notice obvious clues, such as the lack of crosshairs and the fact that the Sun has been added digitally with typical computer graphics effects (a 1960s camera would never produce such circular lens flares).

Even more importantly, this montage was created by combining photographs taken with different settings for the areas in shadow areas and for the areas in full sunlight, and therefore creates a misleading perception of the lighting conditions that the photographers have been asked to assess. 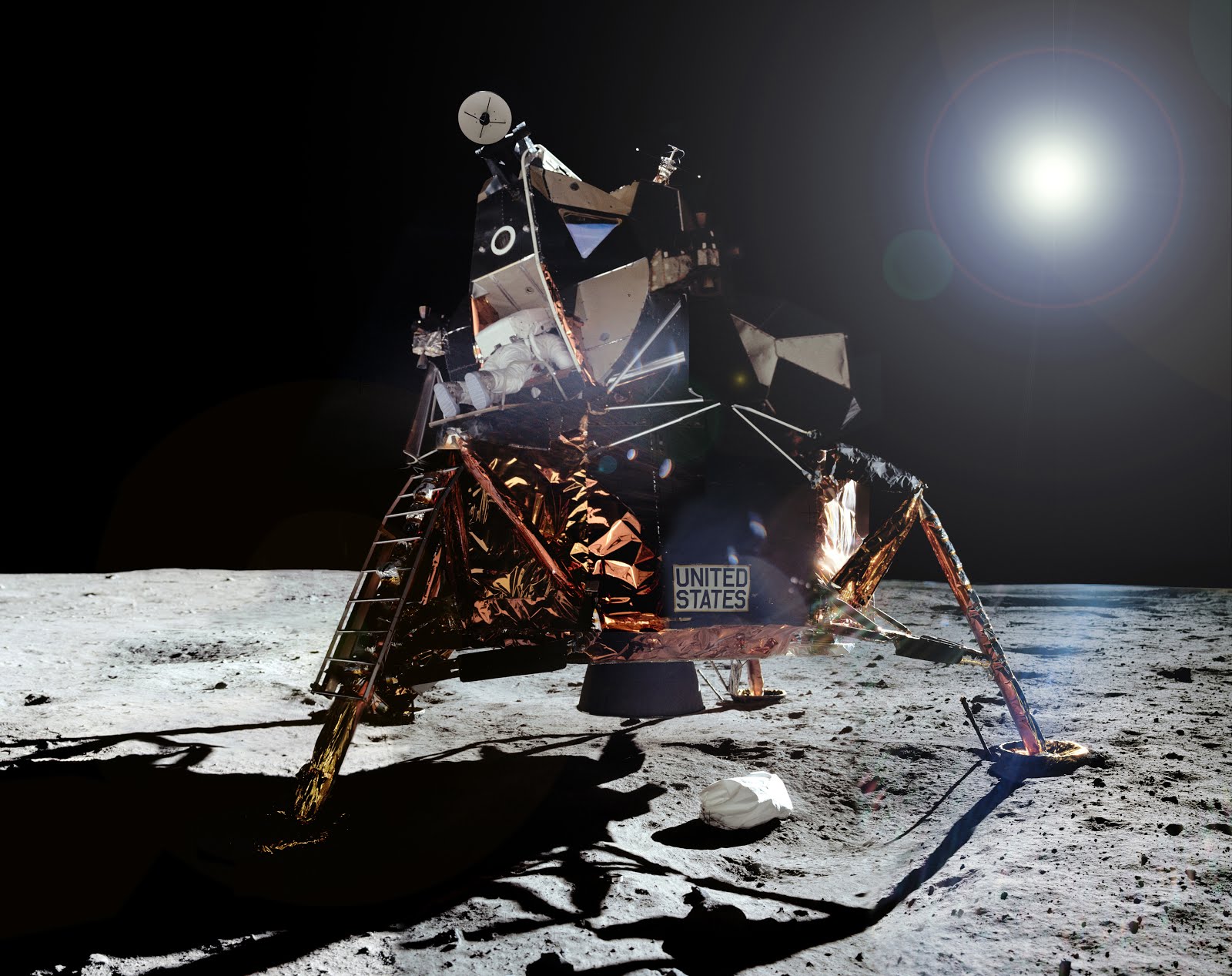 
In other words, Massimo Mazzucco asked the photographers whether the lunar photographs are false by giving them a false photo to examine. Their answer is not surprising.